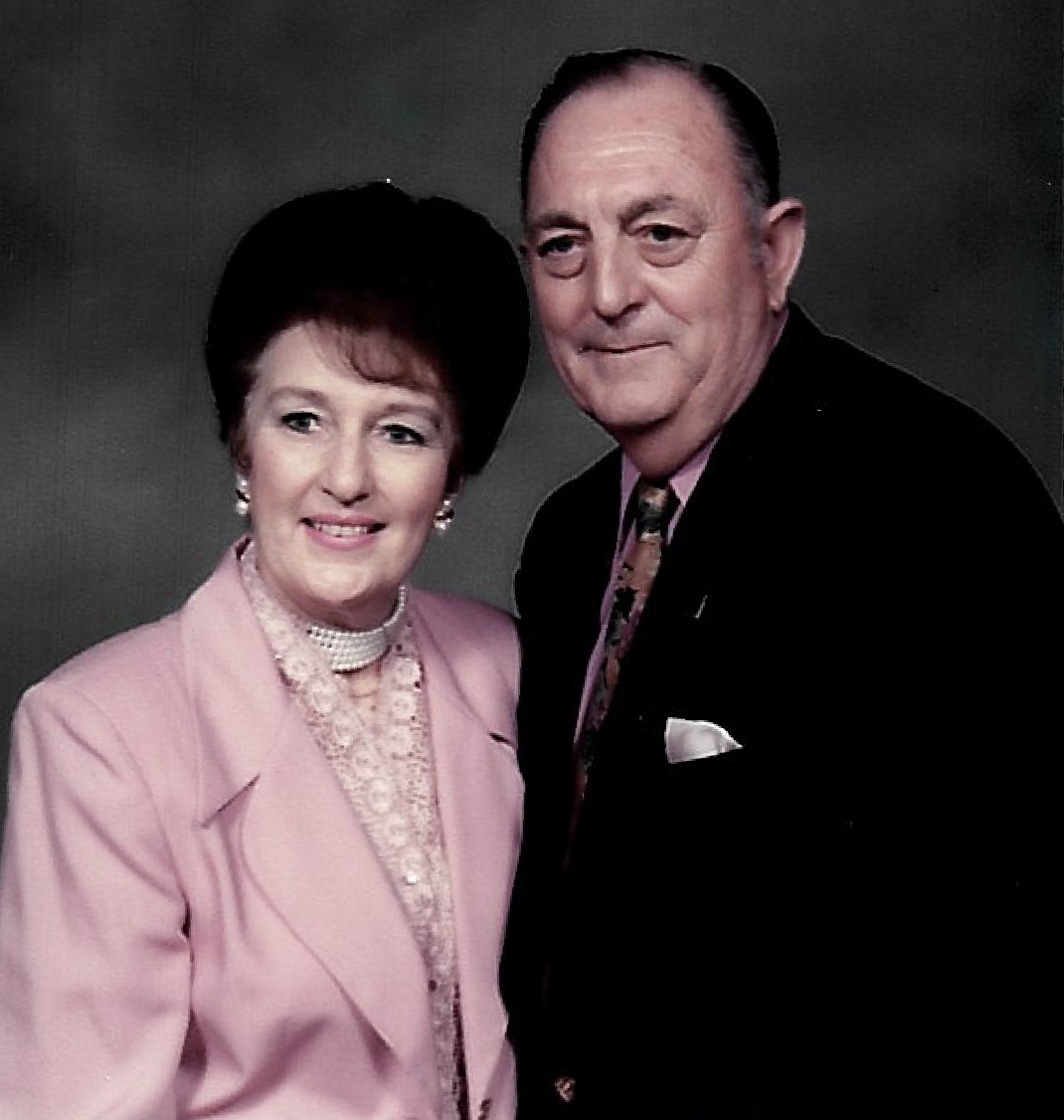 Our Coral Ridge story began in 1963 when we purchased a corner lot on N.E. 16th Street and had a house built by Paul Wackes, the father of Dr. Ken Wackes, Headmaster at Westminster Academy. We watched Coral Ridge being built and thought we would visit there some day. That day came in the fall of 1963. We signed a blue Visitor's card and a few days later had a visit by Dr. Kennedy. He explained the gospel and we both made professions of faith, however to Al it was just a way to get rid of the preacher. It wasn't until three miserable years and several back surgeries later that Al went with a friend to hear Dr. Manford George Gutzke (one of Dr. Kennedy's professors in seminary) speak at several meetings of the Men of the Church. At the conclusion of these meetings Al was under conviction and was miserable. Dr. Kennedy encountered him in the hallway and invited him into his office where Al, with copious tears, finally invited Christ into his heart as Lord and Savior. He gave his testimony before the congregation on the night of 1/15/67. We learned later that Rev. Bob Koren, who was attending Reformed Theological Seminary in Jackson, Mississippi at the time, took a recording of Al's testimony to the president of the seminary. As a result the seminary began sending their senior class to be trained in Evangelism Explosion at Clinics being held at the church.

We joined the church on 11/3/63 and became active in the church. In 1965, Dr. Kennedy asked Mary Anne to be his full-time secretary. His part-time secretary had to retire for health reasons. After much prayer (because she was already employed and liked her job very much) she accepted and served in that position until 1971, when they decided to move to Maine. Al had more back surgery and wanted to move back to his home town of Cranberry Isles where his relatives lived. While there Al was elected President of the Congregational Church and had the opportunity of inviting evangelical pastors to come and preach during the summer, one of which was Rev. Archie Parrish from Coral Ridge Church. In 1985 we were thinking of returning to Florida and Mary Anne sent a note to Dr. Kennedy inquiring if there were any job openings at Coral Ridge and a short time later Dr. Kennedy called and asked her to return as his secretary, which she joyfully accepted. Unbeknownst to her the church had been advertising for a secretary for Dr. Kennedy. Isn't it amazing how the Lord provides in unexpected ways!

The church was growing rapidly and by the 1980s there were 10,000 members! In addition the nine new ministries that had been added: Westminster Academy, Evangelism Explosion International, WAFG Radio, Knox Theological Seminary, Coral Ridge Ministries TV "The Coral Ridge Hour" and radio program "Truths That Transform", the D. James Kennedy Center For Christian Statesmanship in Washington, DC, and The Center For Reclaiming America, and the Creation Studies Institute were also growing rapidly and greatly increasing Mary Anne's workload in addition to her regular work. In 2000 Dr. Kennedy appointed Mary Anne his Executive Assistant and she remained in that position until his death in 2007 and she retired. Because of Al's background, training and experience, he served the church and Dr. Kennedy in several different capacities over the course of time. Starting as Personal Assistant to Dr. Kennedy in 1992; Security Manager for the church in 1998; and then Director of Security/Engineering and continuing as Dr. Kennedy's Personal Assistant. Because of threats being made he was asked by the elders in 2000 to also be personal security for Dr. Kennedy as well, and remained so until Dr. Kennedy's death. He also served as Mechanical Specialist in 2009, until his retirement. He was also instrumental in the development of the "IXOUS" auto tag for the church in 1967. We were so blessed to have had the opportunity to work alongside this great servant of God, and to learn God's holy word as Dr. Kennedy taught us from the Scriptures, and to serve the church in various ways that have blessed our lives beyond measure.

To God be the glory, great things He hath done!