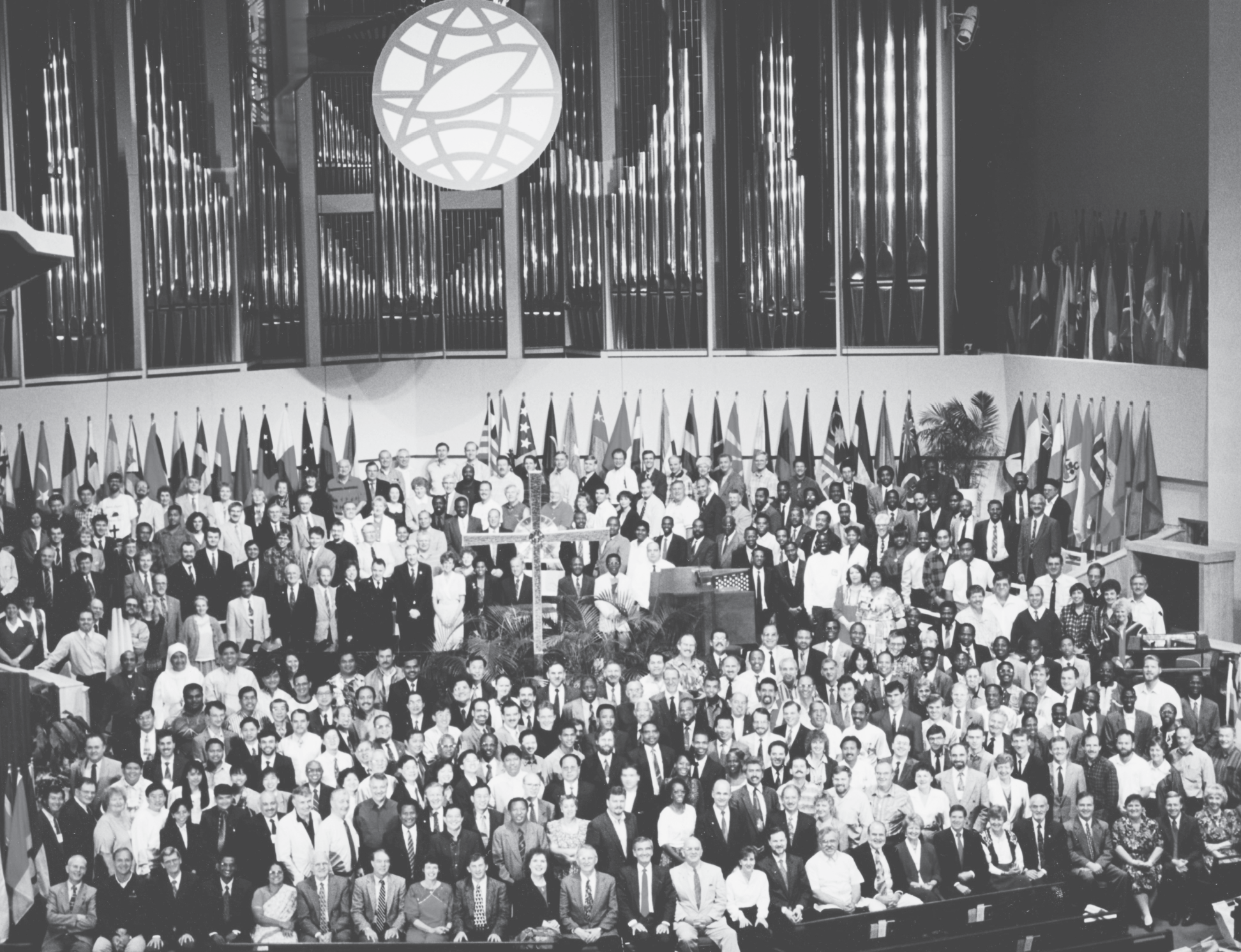 Three months after opening its doors, Coral Ridge had dwindled to only 17 attendees. To many, it seemed as if failure was imminent, but those faithful few remained committed to the advancement of the Gospel in the city. Founding Pastor D. James Kennedy knew God had more in store for Coral Ridge and charged the nearly 20 congregants in 1960 saying, "I believe we can change the world!" - a belief that would shape the church's future. Kennedy and the young church began to emphasize the importance of sharing the Gospel with the surrounding community, and with an intentional presence in the city, membership began to increase at a phenomenal rate. The spirit that prevailed in the church and among the members was infectious and their commitment to sharing the Gospel with the world continued to grow. Churches from around the country soon became interested in the evangelism program and sought out training at Coral Ridge. On February 20, 1967, the first evangelism "clinic" trained 36 pastors at the church in its newly named program, Evangelism Explosion (EE). These clinics became a part of the life of Coral Ridge and the fuel for a Gospel movement that only God could ignite. For the next 15 years, Coral Ridge became the fastest growing Presbyterian church in the country. By 1985, there were more EE clinics held overseas than in the United States. In 1988, with EE in 66 nations, Kennedy set a goal to expand into every nation by 1995. And in 1995, EE was in 210 countries - every nation but one. On February 23, 1996, EE entered North Korea and become the first Christian organization in history to be established in every nation in the world! Materials were translated into more than 70 languages. A celebration was held at Coral Ridge in 1996 with every nation represented. Today, EE continues to train pastors and laypeople. From 2000-2019, nearly 30,000 clinics were held globally and over 130 million profes­sions of faith were recorded.

From Generation to Generation, evangelism is a piece of our story.