The late ’70s and ’80s were a time of much excitement as Coral Ridge pressed on in its committment to impact as many people as possible with the message of the Gospel.

With Coral Ridge’s growing worldwide exposure, the church’s pastor, D. James Kennedy, and several members had a burden for the worship services to be shared with far more than those who filled the Sanctuary on Sunday mornings. Coral Ridge soon launched a new venture, airing the first nationwide television broadcast on September 17, 1978. This one-hour telecast, entitled The Coral Ridge Hour, would eventually expand the Sunday morning audience to over three million viewers per week in 165 countries on 675 stations. 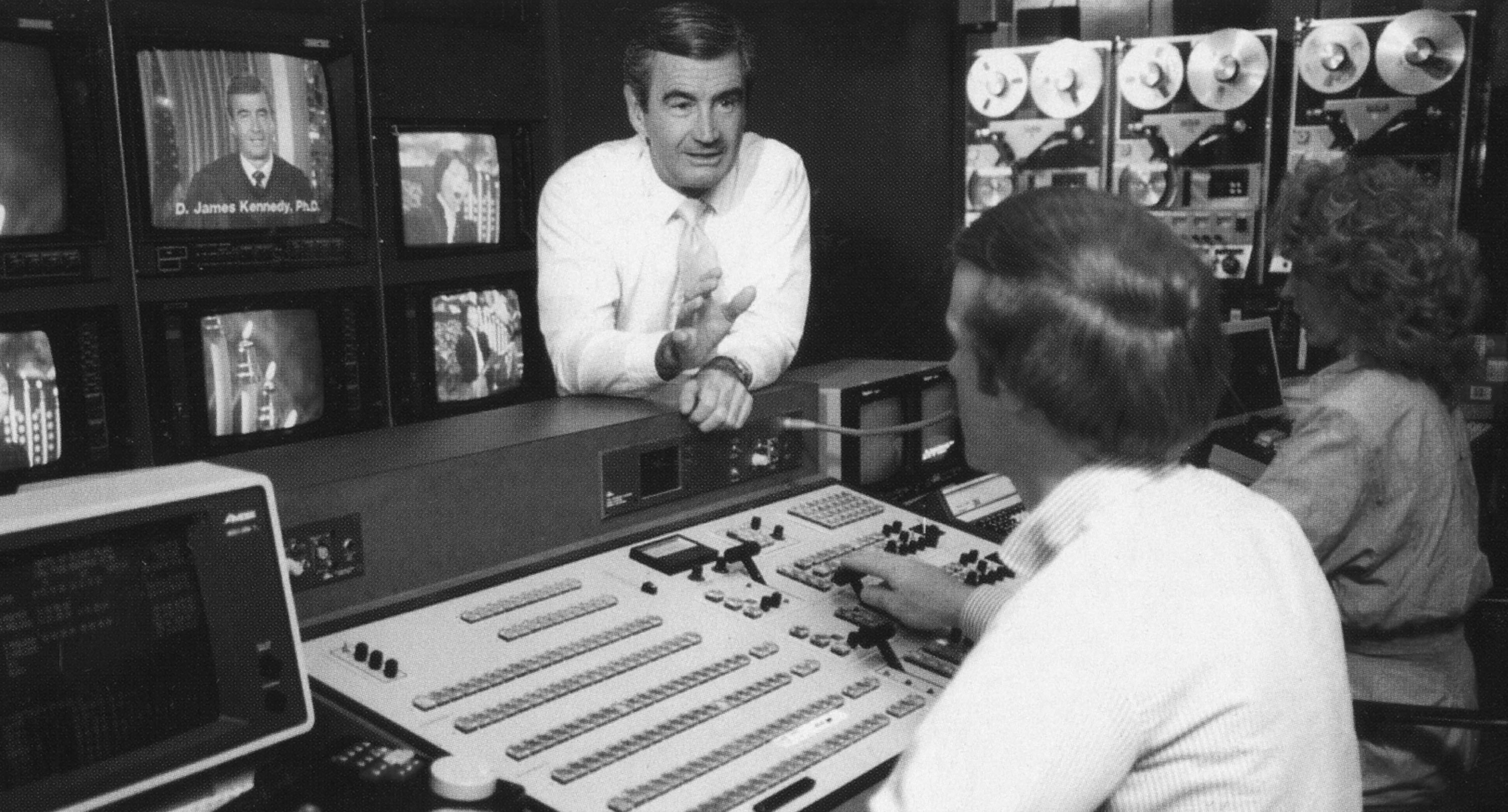 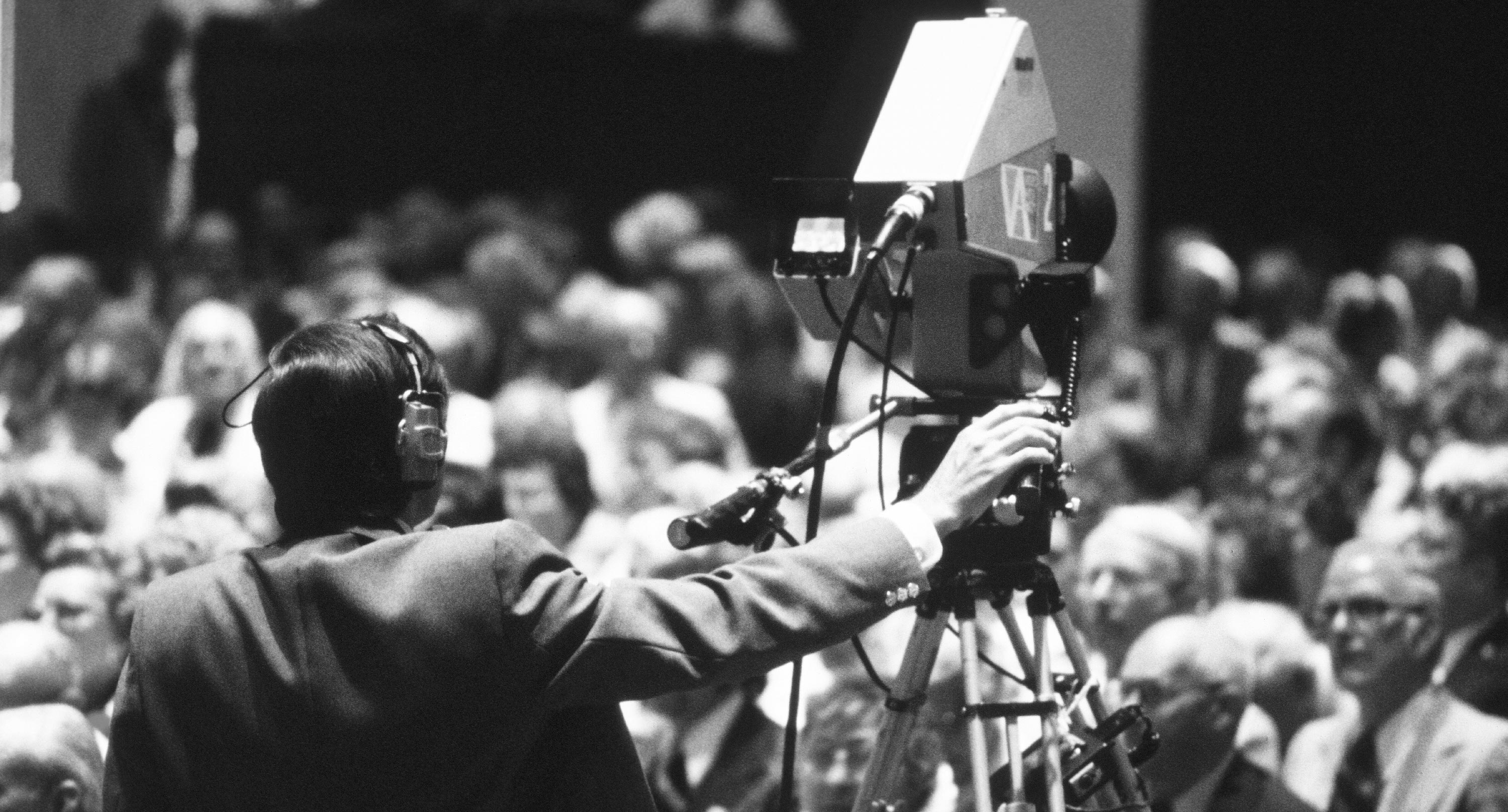 With a vision to become the center for art and culture in the city, Coral Ridge launched its Concert Series in 1971. The Concert Series attracted the finest of music and performance as they sought to educate, enlighten, and spiritually enrich church members and the community.

In the early 1980s, Coral Ridge, in many ways, helped define the term “mega-church.” The church not only provided a place of worship but also had a day care, K-12 school, radio station, television program, concert series, global ministries, social programs, and dozens of activities for attendees. Other large churches had, in fact, existed for centuries, but there was no unique term to describe these large congregations. The Miami Herald coined the term “mega-church” in an article about Coral Ridge on Easter of 1983. The article, entitled “Like a Mighty Army, Moves the Church of God,” discussed the thousands who would appear at the Coral Ridge “mega-church” that Easter Sunday.

By 1985, there were more Evangelism Explosion trainings held overseas than were held in the United States as EE spread rapidly across Asia and South America. In 1988, with EE in 66 nations, Kennedy set a goal to expand into every country. By early 1996, EE was planted in all nation of the world with materials translated into more than 70 languages. A celebration would be held at Coral Ridge in 1996 with every nation represented. 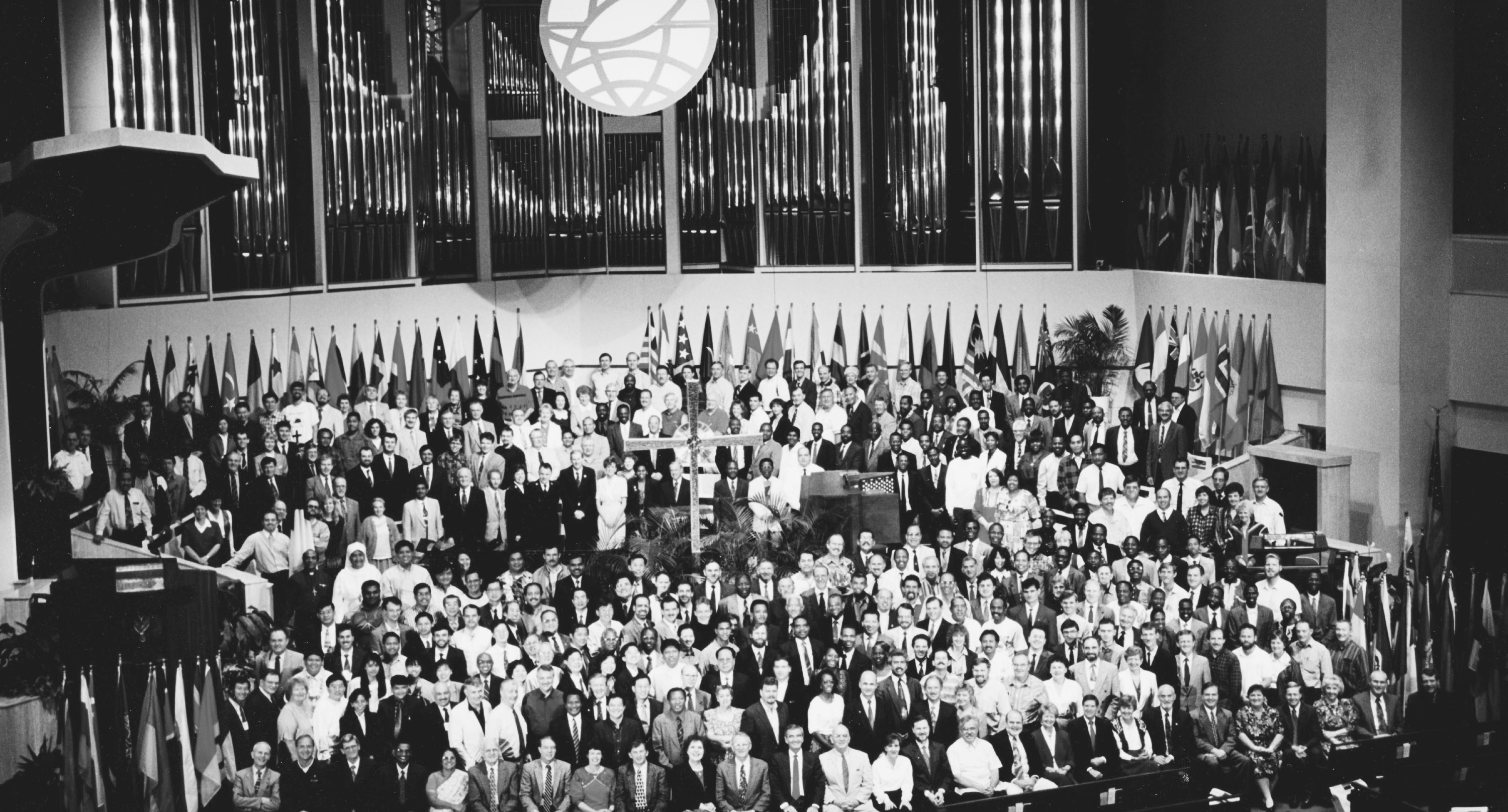 The original building plans included a church facility that was more than double the size of the 1974 structure but it was never completed. With the demands of increased activities and growth, it became apparent that the church would need to finish the building. A groundbreaking ceremony for the expanded facility took place on Easter of 1988. The additions would be comprised of two flanking sides to the main tower and would include a Chapel, Fellowship Hall, children’s and youth facilities, a television studio, and more office space. Construction of the expanded facility was completed in late 1989 and dedicated on April 1, 1990. 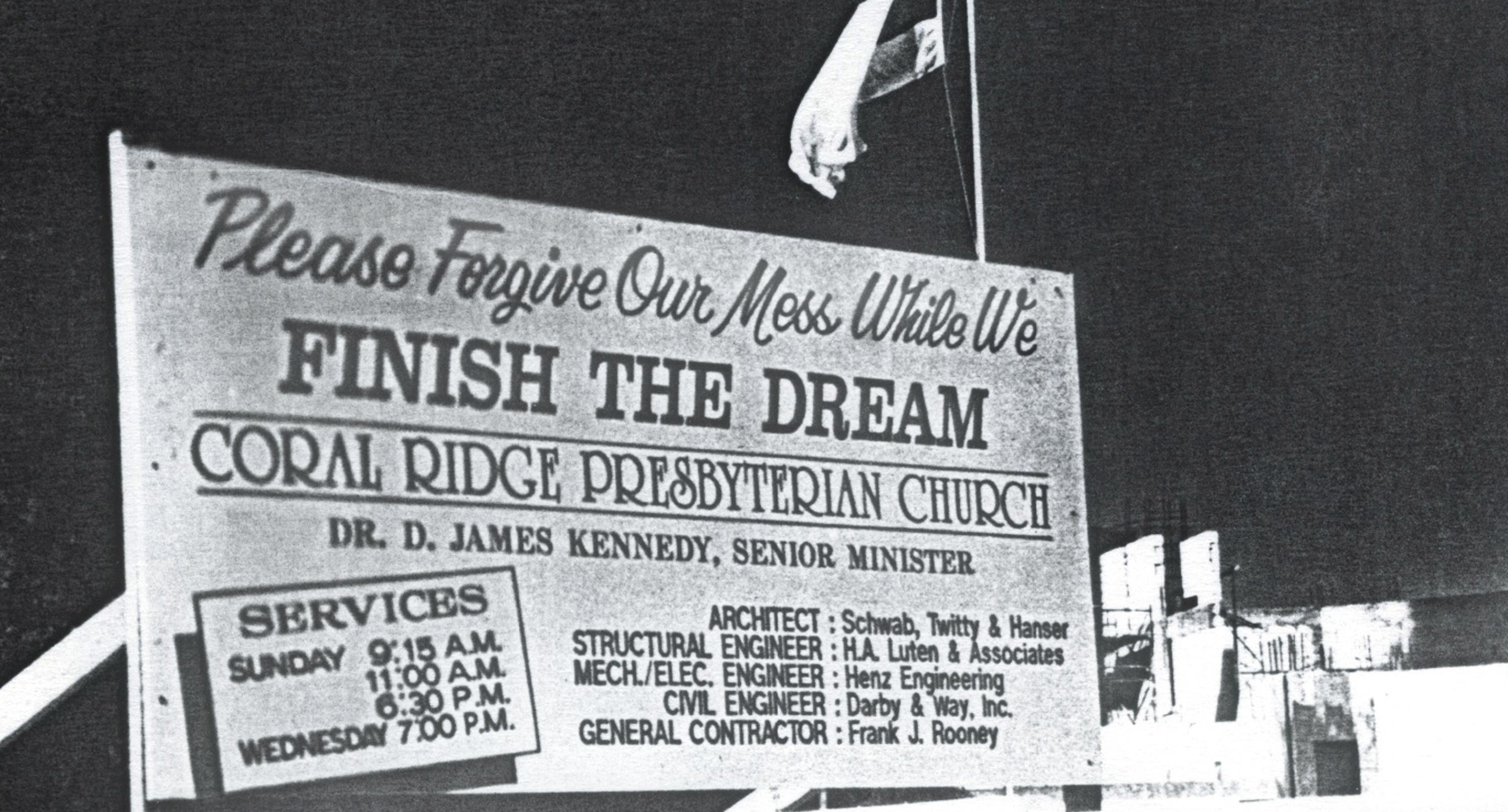 With a desire to take the truth of Jesus Christ to the world and a need for higher Christian education, Coral Ridge established Knox Seminary to train pastors and laypersons in a graduate school of theology. Knox Seminary opened its doors in September of 1990.