The large crowds, many programs, and magnificent building that characterized Coral Ridge were only a reflection of the work God was continuing to do through his people. With continued growth throughout the ’70s, an all-time peak Sunday attendance was recorded on Easter of 1974, with over 10,000 worshipers.

As the annual evangelism clinics continued to grow, it became more than the church staff could manage. So in 1972, Coral Ridge incorporated Evangelism Explosion International (EE) as a separate ministry to take on the work of training churches in how to share the Gospel and to expand the ministry globally. In 1972, EE started holding clinics across the United States. By 1975, EE had launched across Europe, Africa, and Australia. EE entered Asia in 1978. 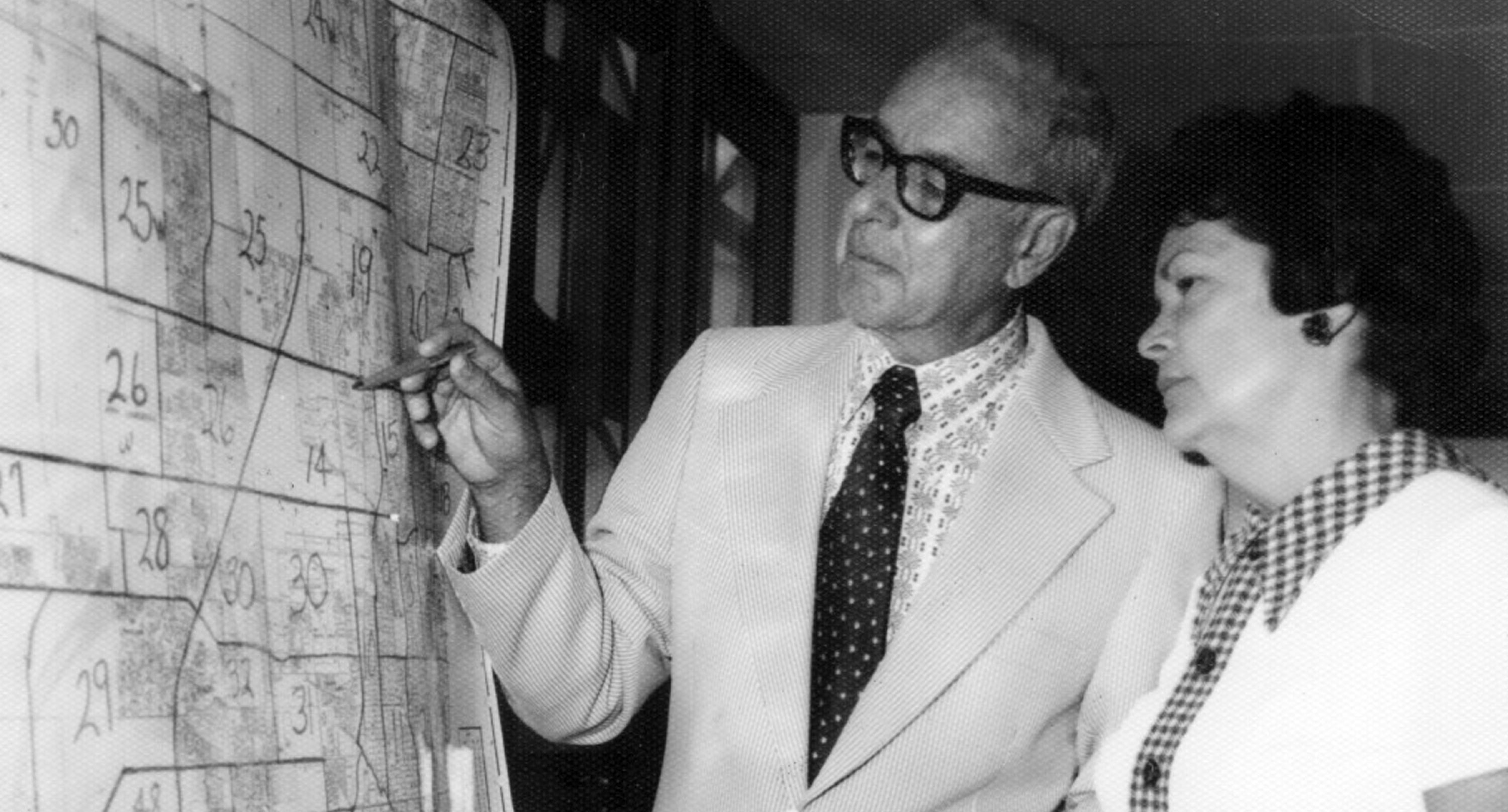 By late 1971, construction of the new building was well underway. At 303 feet tall, the new steeple would be seen for miles in any direction, lifting the cross of Jesus high over Fort Lauderdale. This cross in the sky would point men’s thoughts and eyes heavenward. It would draw thousands to hear God’s life-giving Gospel each week and serve as a beacon to ships and aircraft that would spot its red warning lights in the night. Fitted with a radio antenna, station WAFG would begin its first broadcast from the tower on July 4, 1974. Operated by Westminster Academy, the radio ministry would be carried on more than 30 stations around the country. God would effectively use WAFG to reach the South Florida community with the Gospel throughout the week and to broadcast the Sunday services. Eighteen thousand pieces of faceted glass would make up the windows for the Sanctuary and tower, made by Willet Studios of Philadelphia. Inside the Sanctuary, a 6,600-pipe organ would be installed, made by Fratelli Ruffatti of Italy. At the time of its construction, it is believed that Coral Ridge had the highest faceted glass windows in the world. The Ruffatti organ was the largest pipe organ in the Southern United States and the largest European-built pipe organ in America. Today, Coral Ridge is the fifth tallest church in America (second tallest Protestant Church). 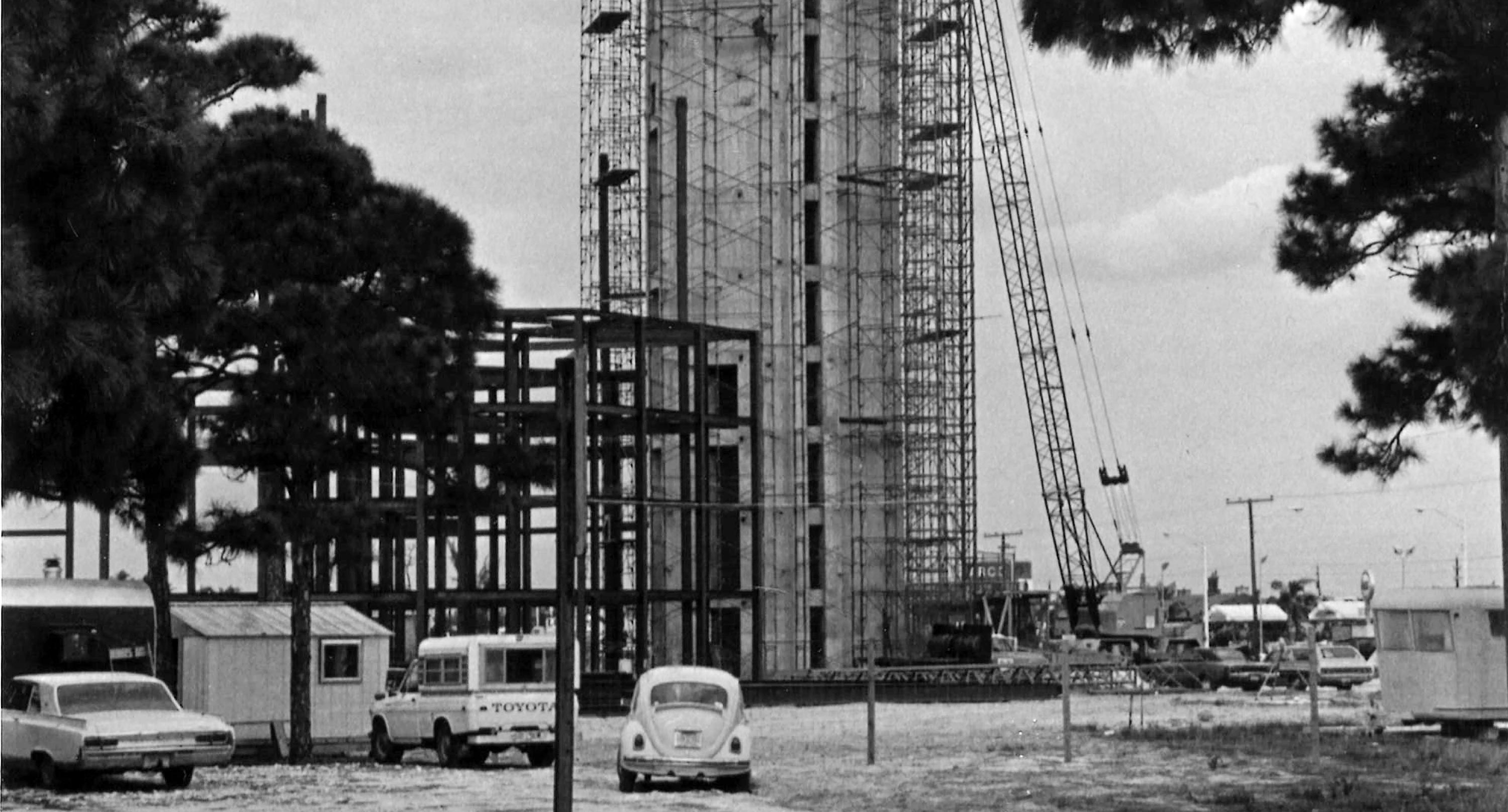 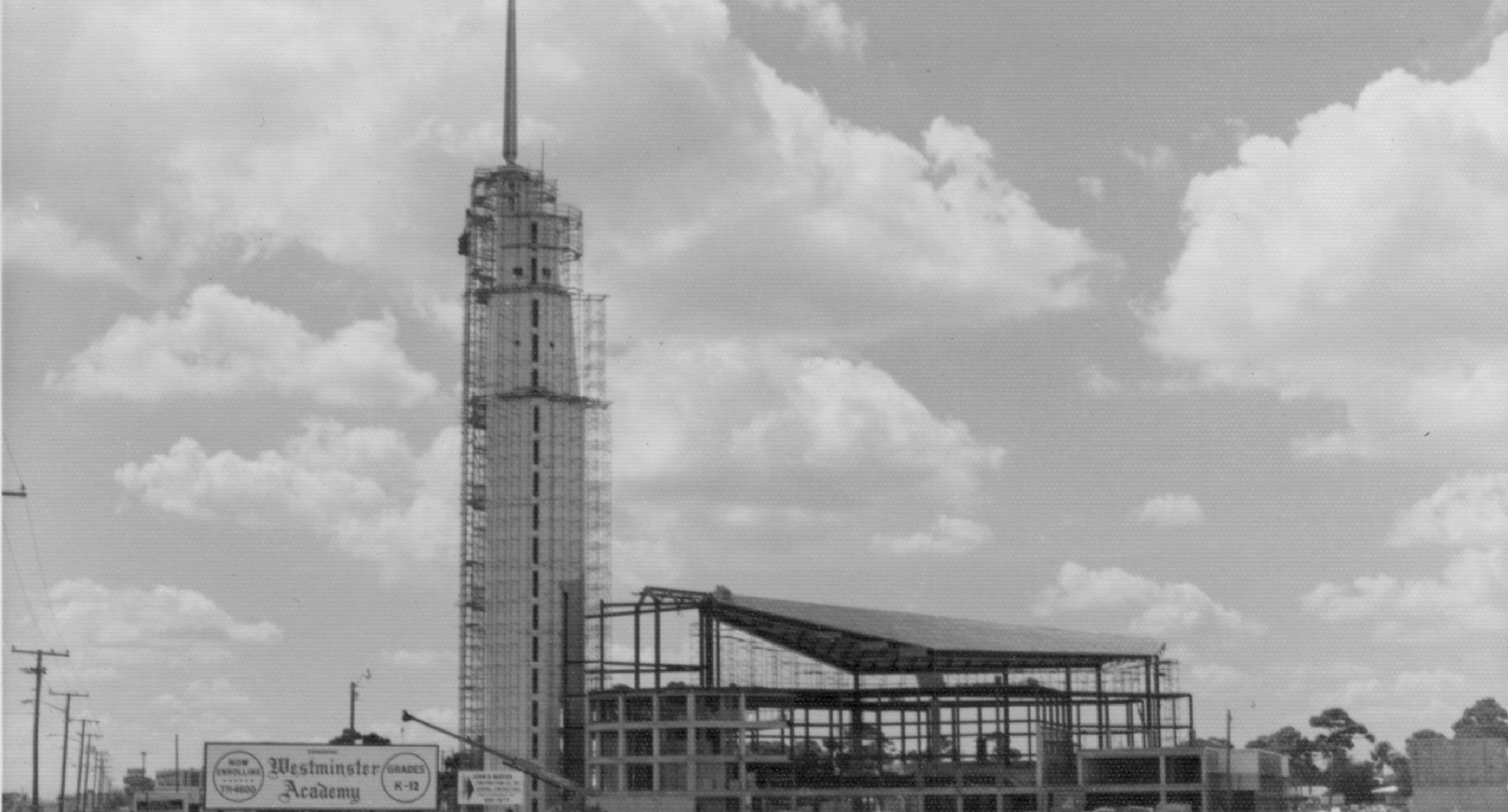 By November of 1973, the new Sanctuary was almost complete. Although the pews and flooring had not yet arrived, church members eagerly prepared to welcome their new guests. The concrete floor of the Sanctuary was filled with folding chairs, and with a large projector and synchronized show, hundreds of members gathered on November 30 for a church kickoff and new-service training. The pews and flooring arrived on December 20 and church members spent three days installing pews, laying flooring, and hanging Christmas garland. Over 8,000 people attended Opening Day on December 23, believed to be a record for any church in South Florida. The building was dedicated on February 3, 1974 and Billy Graham was the guest speaker. Large screens were set on the outside lawn with benches made of cinder block and wood planks. Large storm clouds hovered over Fort Lauderdale on February 3, a sure sign that the thousands seated on the lawn would be sent home. During the service, rain could be seen in all directions around the church, but the lawn remained dry throughout the evening. Over 11,000 people attended the Day of Dedication. Five hundred ninety-seven decisions to follow Christ were recorded that day. The Ruffatti pipe organ was en route from Italy at the time of the Building Dedication. Installation of the organ began in March of 1974, and the Dedication Service was held on January 5, 1975. 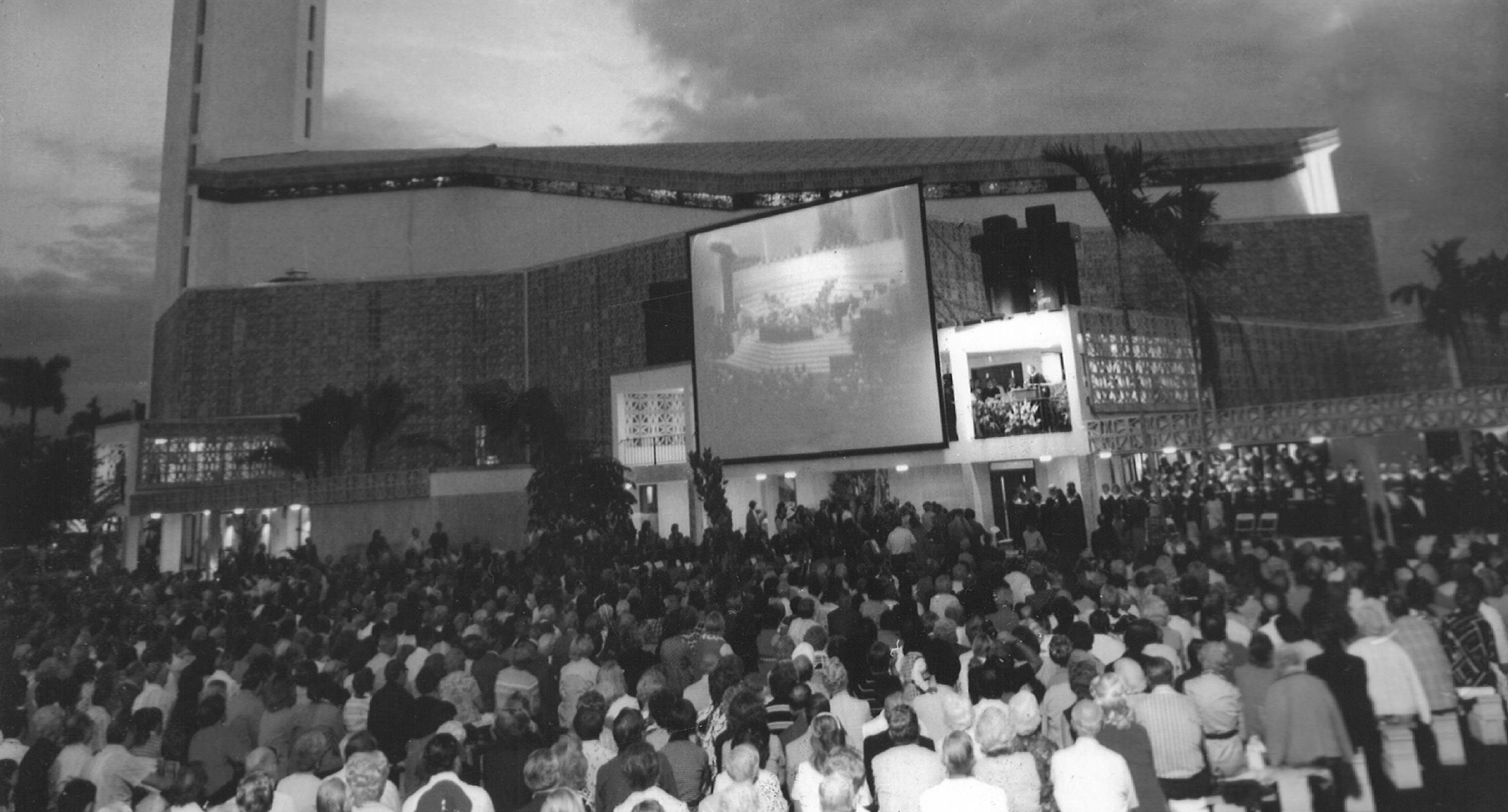 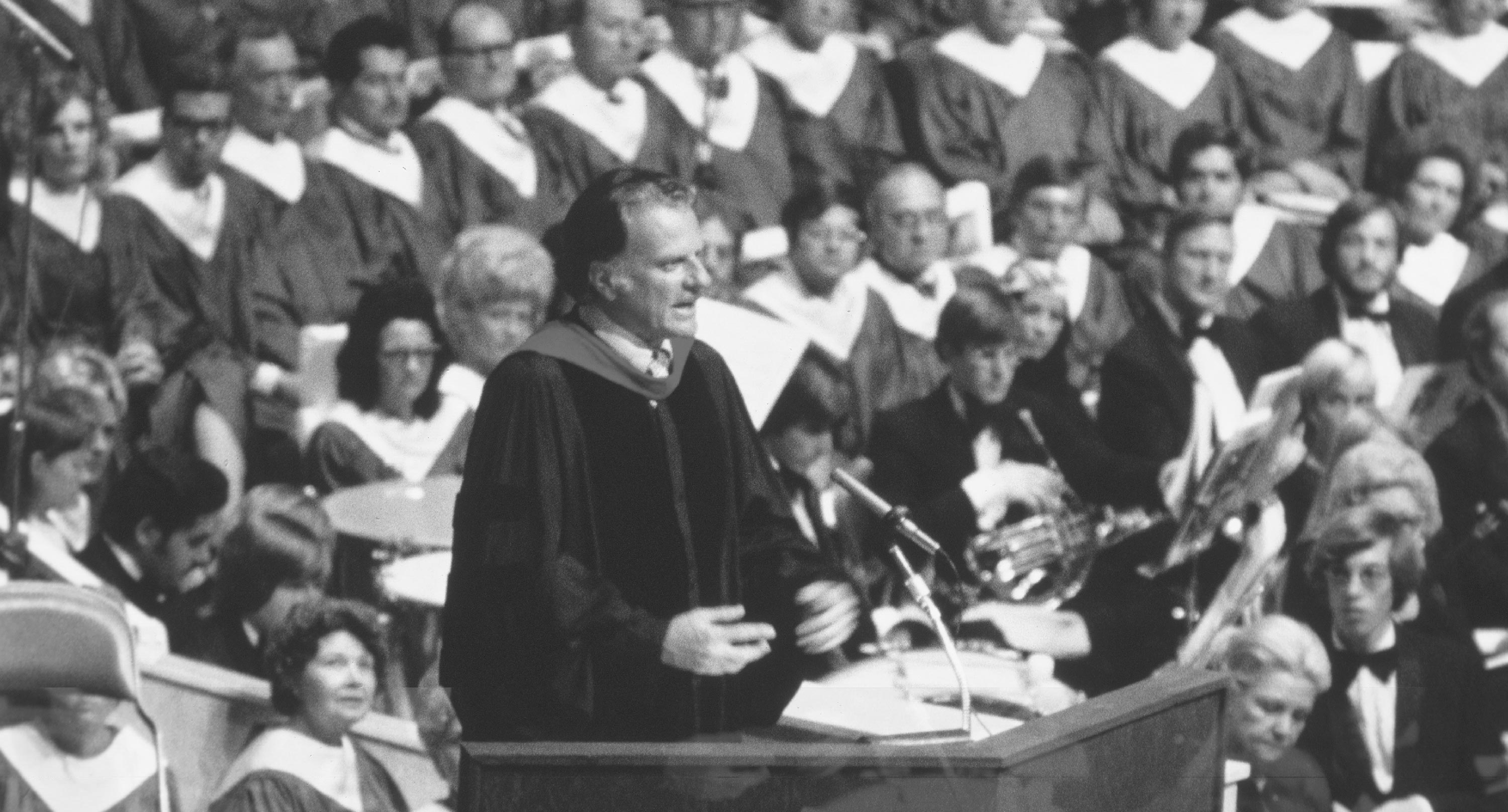 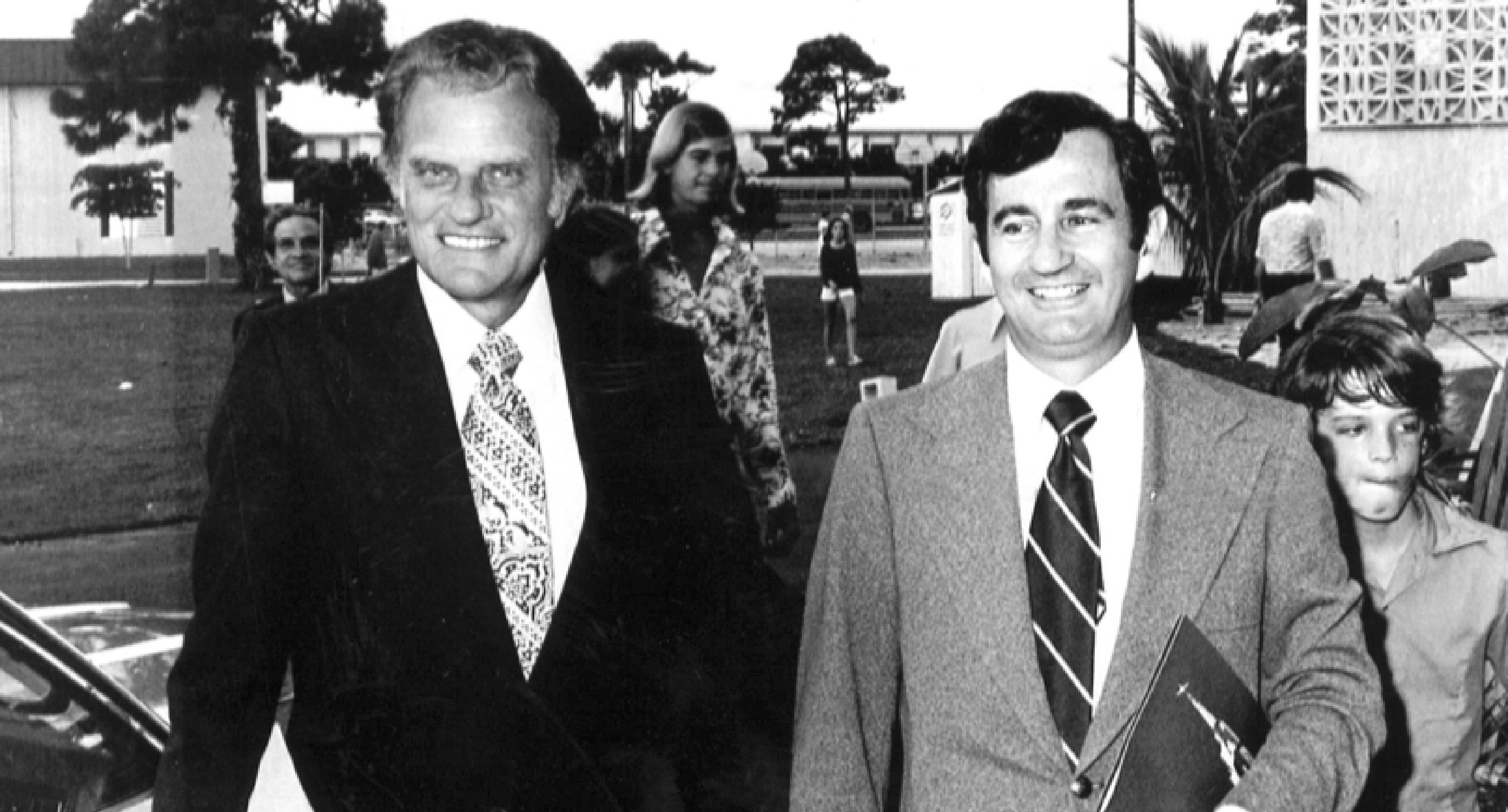