The Gospel continued taking root in the lives of South Florida residents throughout the '60s and many became eager to get involved with all Coral Ridge had to offer. Pastors from around the country would write to the church to ask about the secret of its growth. From engaging classes and an interactive youth ministry, to a world-class choir, it seemed as if Coral Ridge had something to offer for everyone.

The church’s local evangelism outreach is credited for much of the growth, recording over 800 decisions to follow Christ in 1967. With such high success, churches from around the country became quick to adapt Coral Ridge’s programs to meet their own needs. On February 20, 1967, the first evangelism training clinic was held at the church with 36 pastors in attendance. These clinics would become an annual part of the life of Coral Ridge. 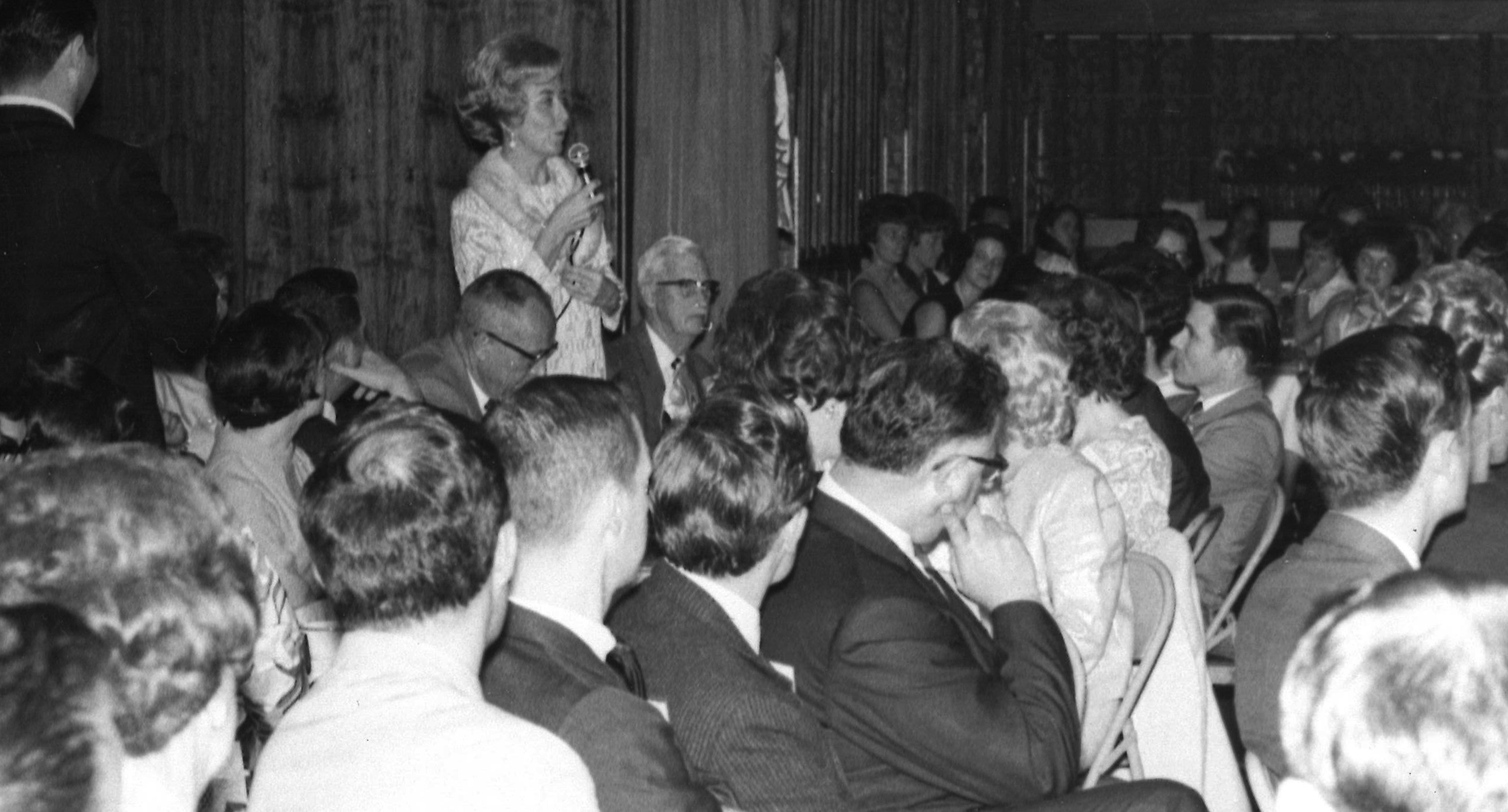 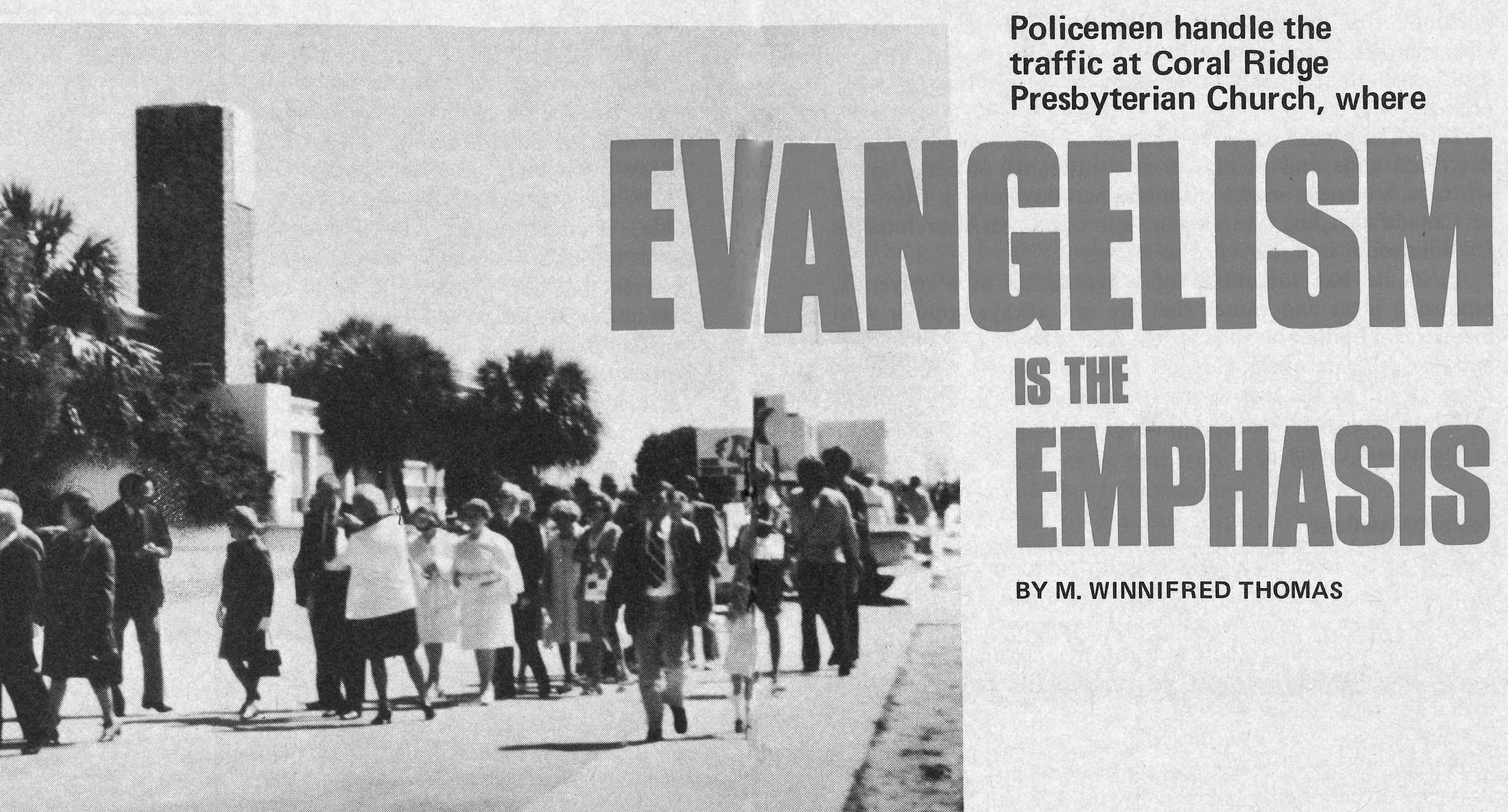 In 1970, Gospel Films produced a one-hour, color motion picture on the life and ministry of Coral Ridge and its pastor, D. James Kennedy. The film was entitled Like a Mighty Army. In the few years after the film’s release, it had been shown in more churches throughout the world than any film in history. Approximately 50 percent of churches showing the film reported starting evangelism programs as a result. In 1971, fifteen hundred pastors and church leaders asked to attend Coral Ridge’s annual evangelism training clinic, credited to the film’s release. 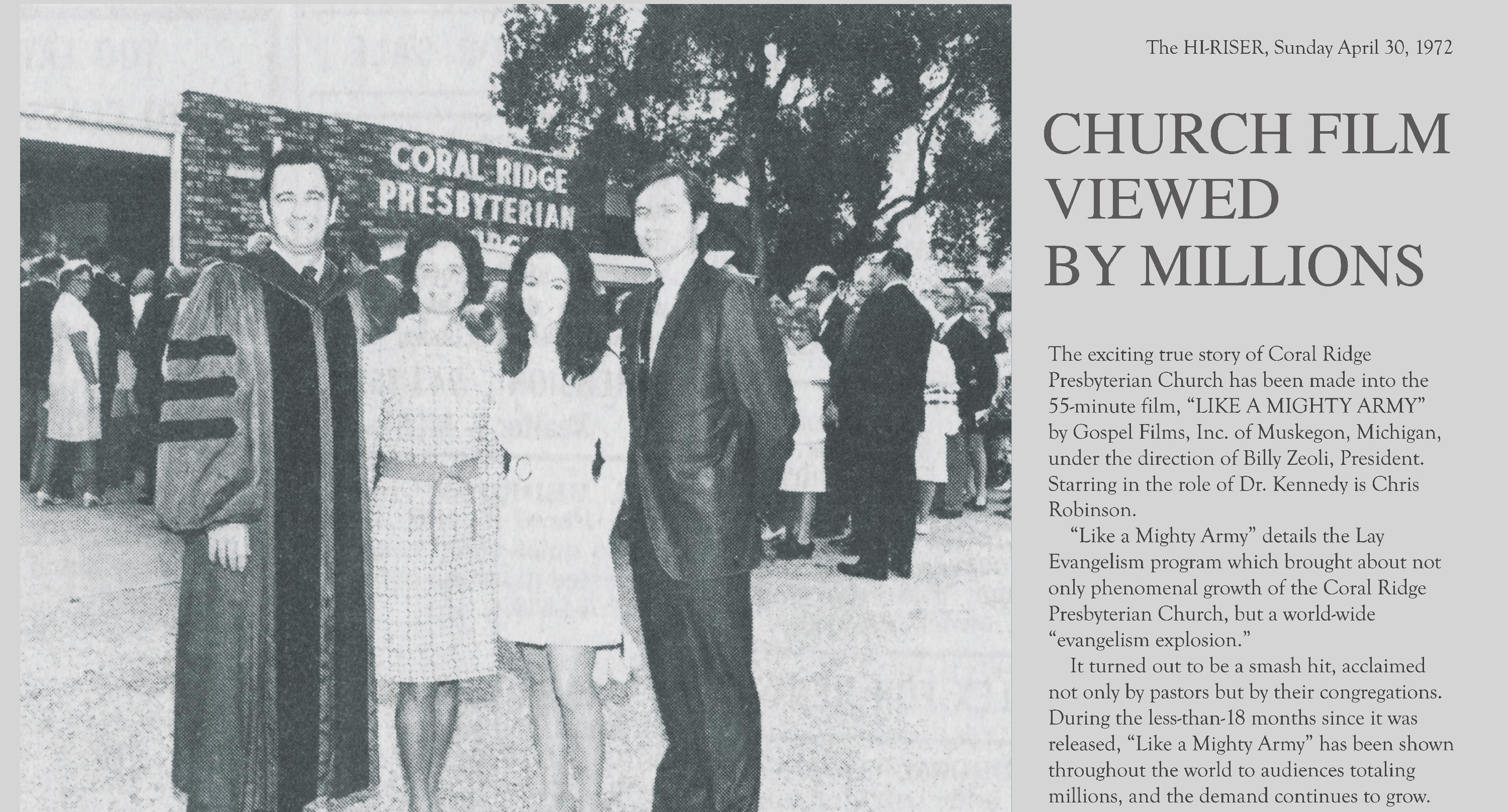 Despite the enlargements to the church facility on Commercial Boulevard, there was an ever increasing need to handle the expanding crowds and ministries of the church. The original plan was to expand the church’s property down Commercial Boulevard, but it became unfeasible to do so. It was clear that the congregation would have to build an entirely new structure. Kennedy had his eyes set on purchasing 10 acres of land on Federal Highway, north of Commercial Boulevard. A shopping plaza was intended to occupy the land and the owner would not sell. Kennedy would not take no for an answer, and for seven days, Kennedy and friend Bill Bright (Founder, Campus Crusade for Christ) prayed over the land. They prayed that God would allow Coral Ridge to purchase the property and that God would use the land to change the world. God answered their prayer and on Easter Sunday of 1971, a groundbreaking ceremony was held for the construction of the new church tower. The architect selected was Harold E. Wagoner of Philadelphia, considered at the time to be the most outstanding church architect in America. 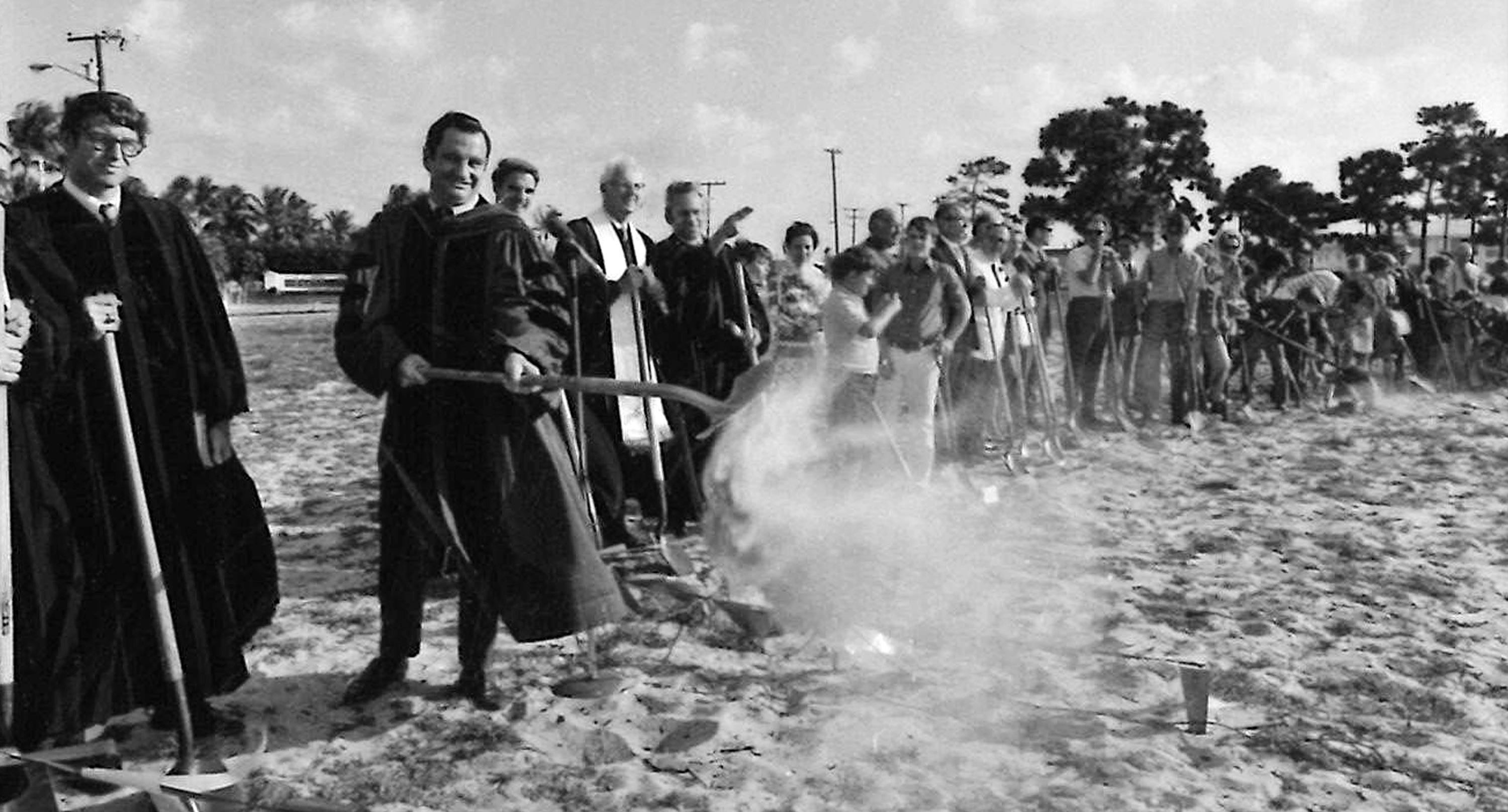 With a continued emphasis placed on Gospel-centered education, in 1971 Coral Ridge established Westminster Academy, a K-12 school. The spirit of the Protestant Reformers and their quest to educate their covenant children for the glory of God would continue on through Westminster Academy. The school’s first days were held at the Pompano Race Track, but soon an additional five acres of land were purchased next to the new church property for a school facility. 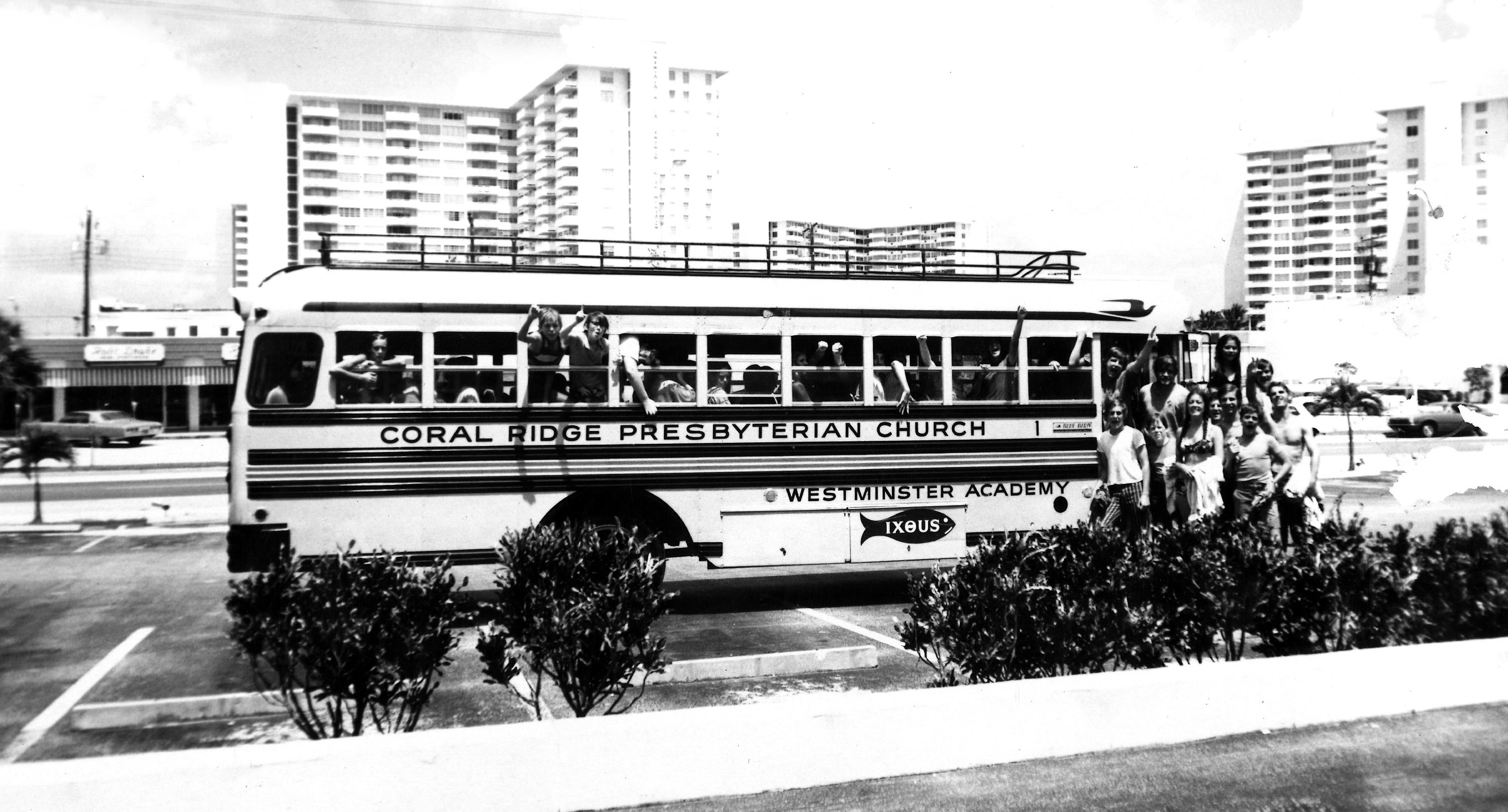 ELEMENTARY STUDENTS ON THE WESTMINSTER PLAYGROUND, 1976 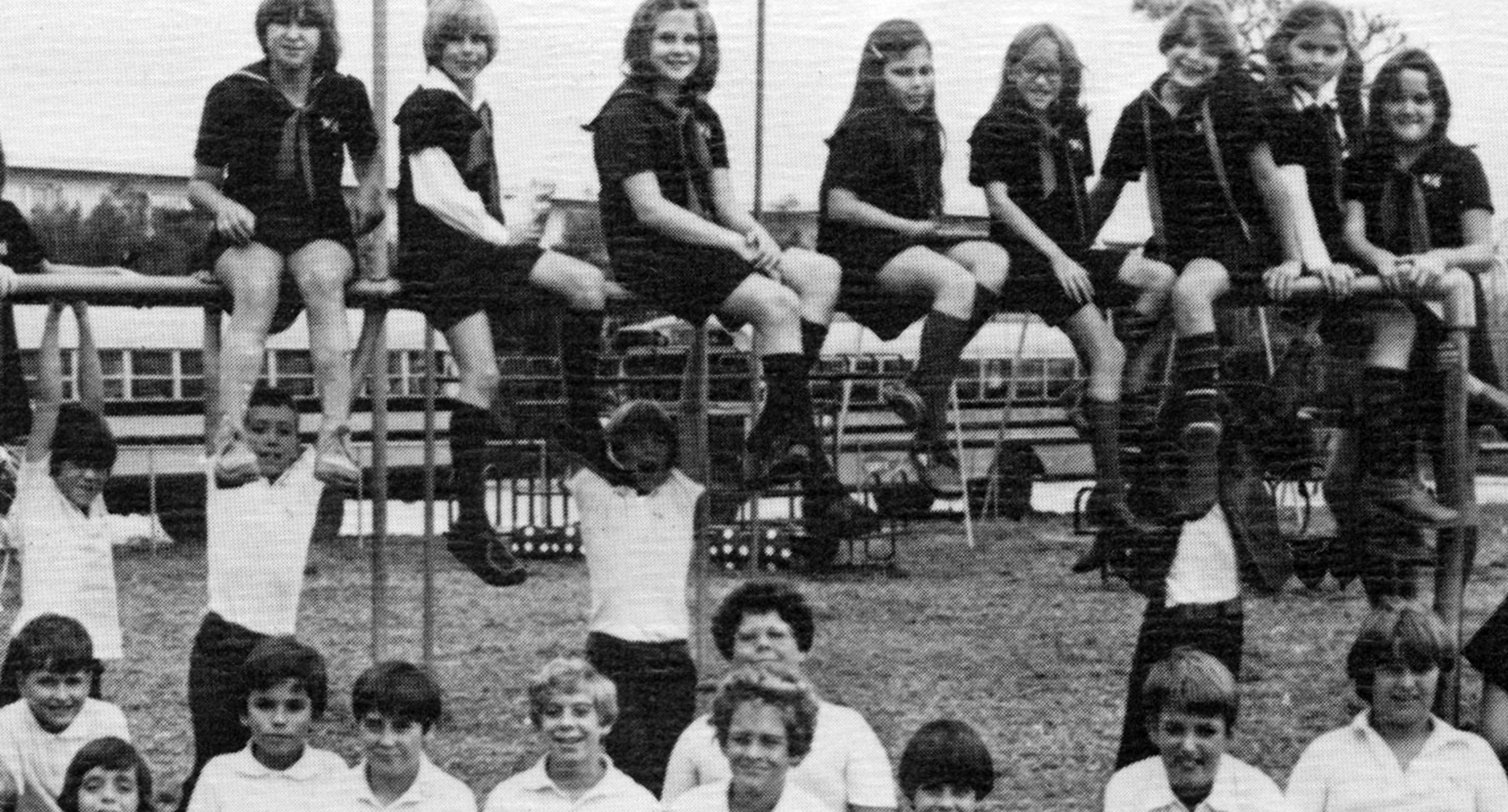