In 1959, God began to stir in the hearts of a few men and women the desire to advance the Gospel in South Florida by planting a new church. The Everglades Presbytery would call it the Coral Ridge Presbyterian Church of Fort Lauderdale, and was officially chartered in 1960. A few local ministers from Bethany Presbyterian Church became the sponsoring committee and filled the pulpit until a pastor was found.

On May 3, 1959, the first church service was held in the McNab Elementary School cafetorium, with 38 in attendance. Despite hard bench seats and the lack of air-conditioning, God began to gather a group of people who were to form the core of this new church. The Presbytery appointed Coral Ridge’s first pastor in June of 1959, D. James Kennedy, a 28-year-old from Tampa.

After three months, the church had dwindled to only 17 attendees. To many, it seemed as if failure was eminent. But those faithful few remained committed to the advancement of the Gospel in the city. Kennedy knew God had more in store for Coral Ridge and charged the nearly 20 congregants in 1960 saying, “I believe we can change the world!” – a belief that would shape the church’s future.

Kennedy emphasized the importance of sharing the Gospel with the surrounding community, and with an intentional presence in the city, membership began to increase at a phenomenal rate. God blessed these small beginnings and on May 22, 1960, Coral Ridge Presbyterian Church was officially chartered. There were 66 charter members. The church met faithfully at the McNab School for two years, while families provided their homes for Wednesday evening prayer meetings. 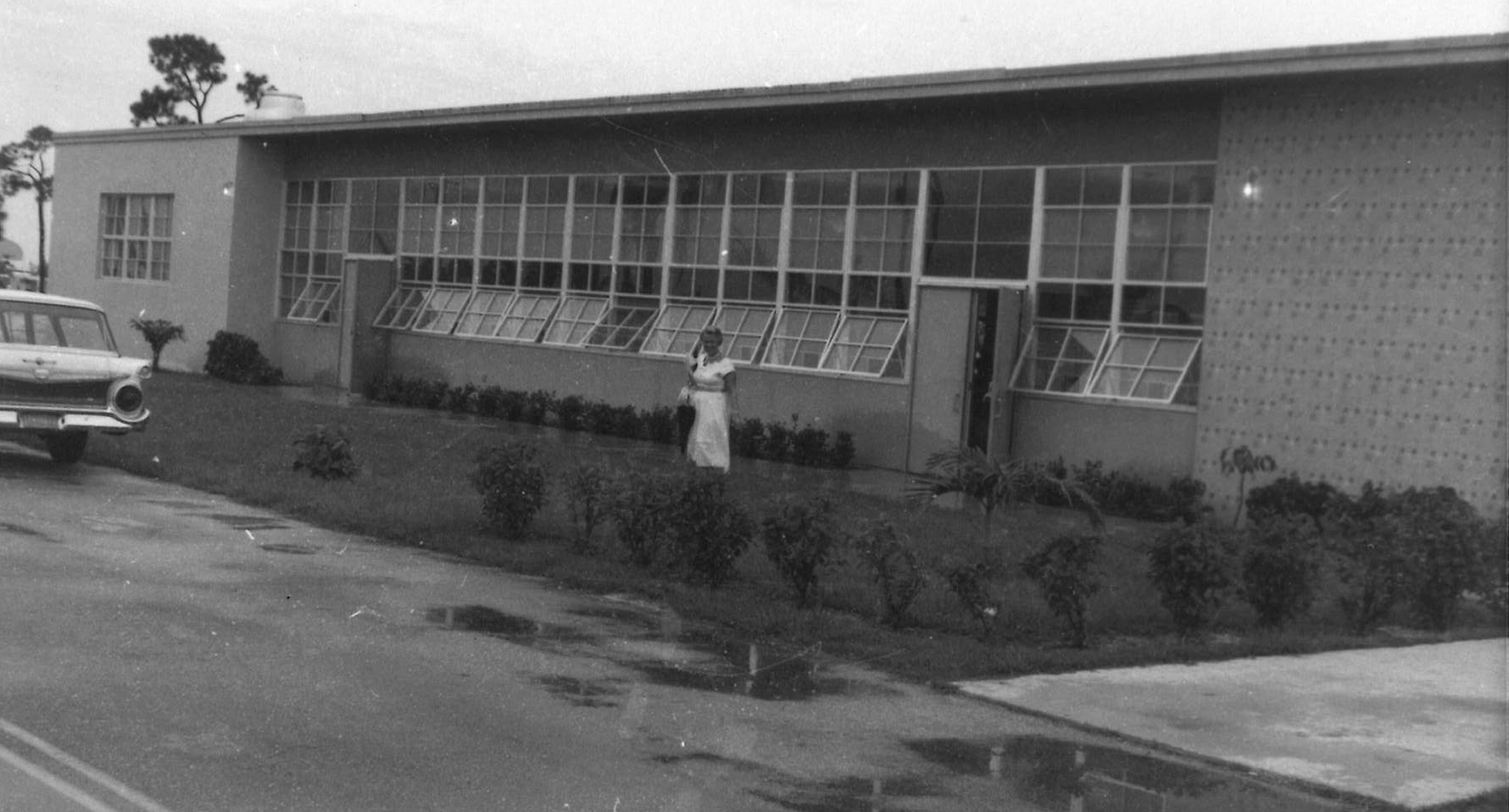 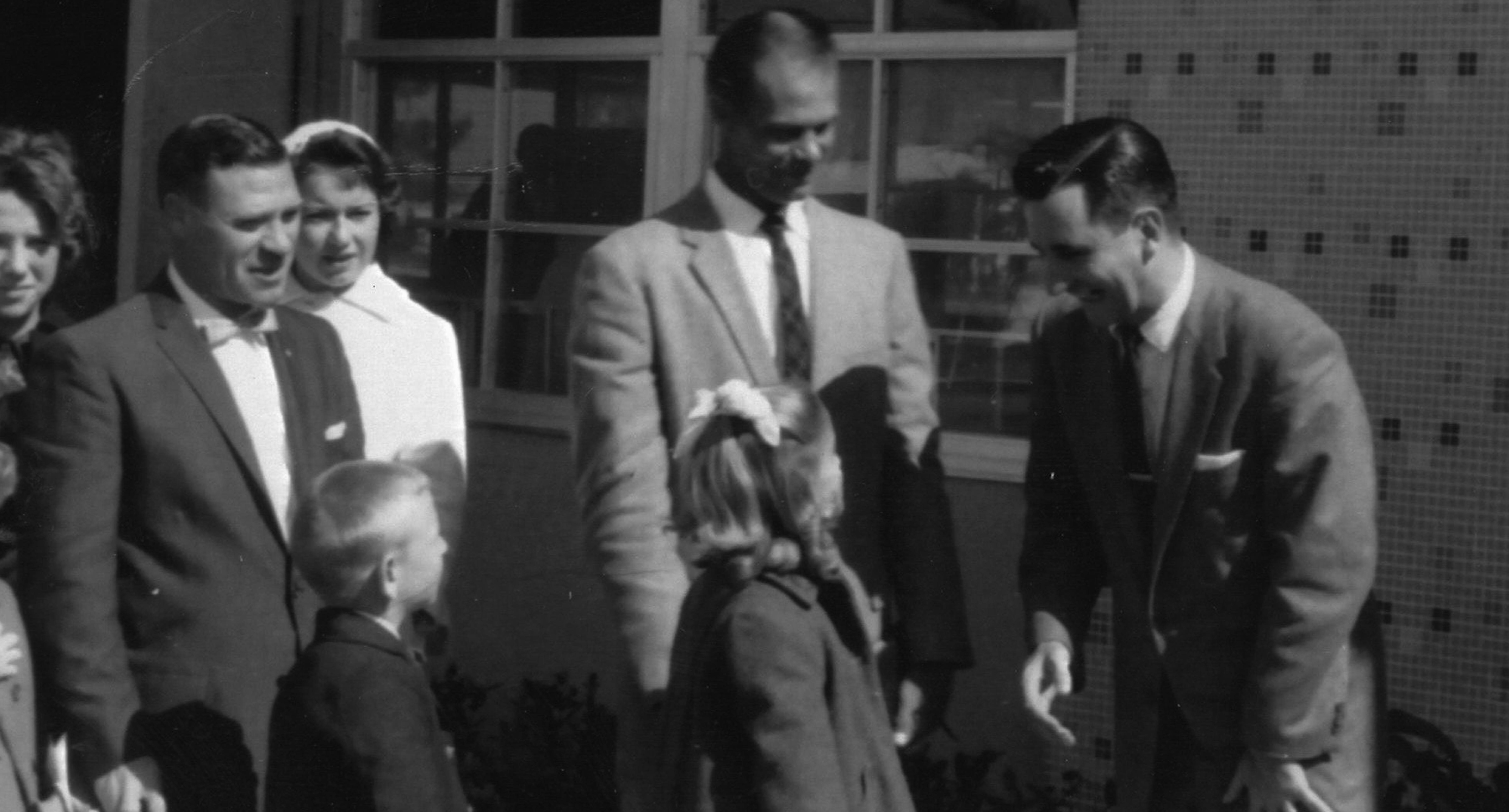 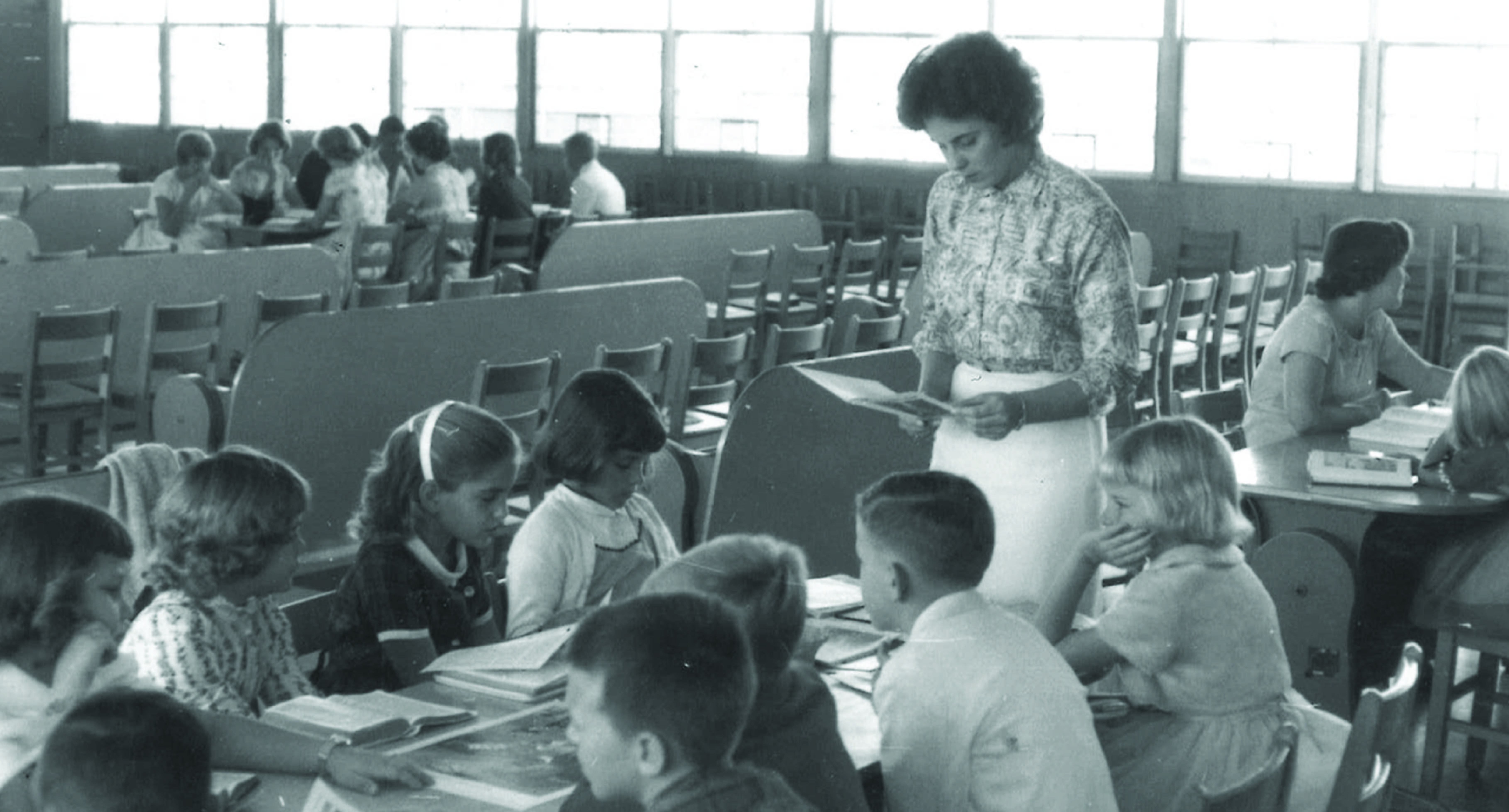 By early 1961, Coral Ridge began looking for its first church site. A plot of land was scouted on Commercial Boulevard, 1.5 miles from the beach. The area was mostly undeveloped at the time, with few homes close to the property. The Commercial Boulevard drawbridge over the Intracoastal had not yet been built, which would limit access to beach residents. The thought of developing this land was soon considered foolish by the Presbytery. But in the summer of 1961, a gentleman by the name of Dr. Larson convinced the Presbytery to purchase and donate the land to Coral Ridge. The purchase became highly criticized and the new property became known by church members and the surrounding community as “Larson’s Folly.” As an overpriced sand hill full of weeds, there seemed to be little possibility that any significant church could be developed there. 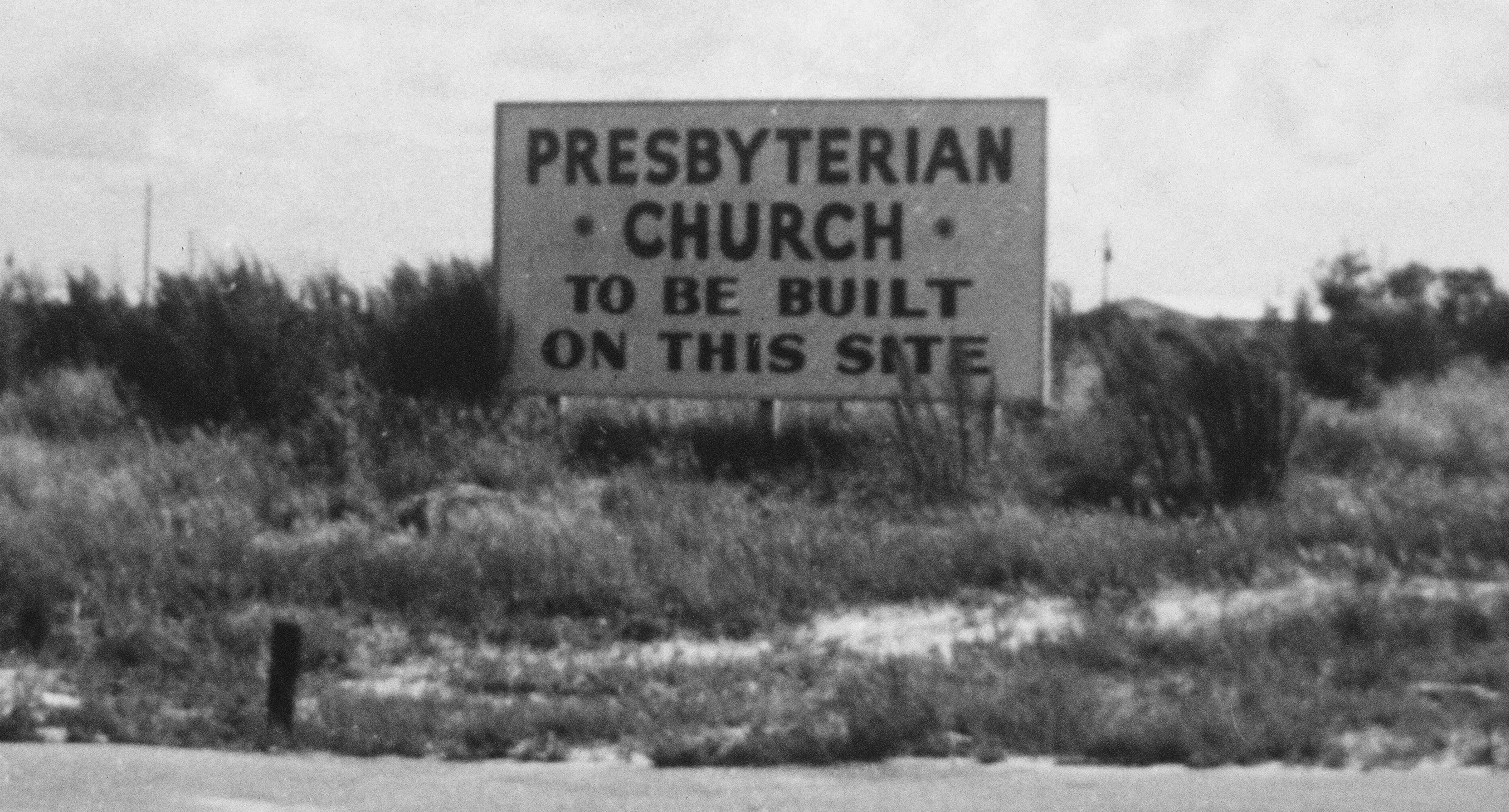 Larson’s Folly, however, was no match for God’s wisdom, and on March 18, 1962, the first service was held in the new Sanctuary on Commercial Boulevard. The new building was dedicated on May 13, 1962. 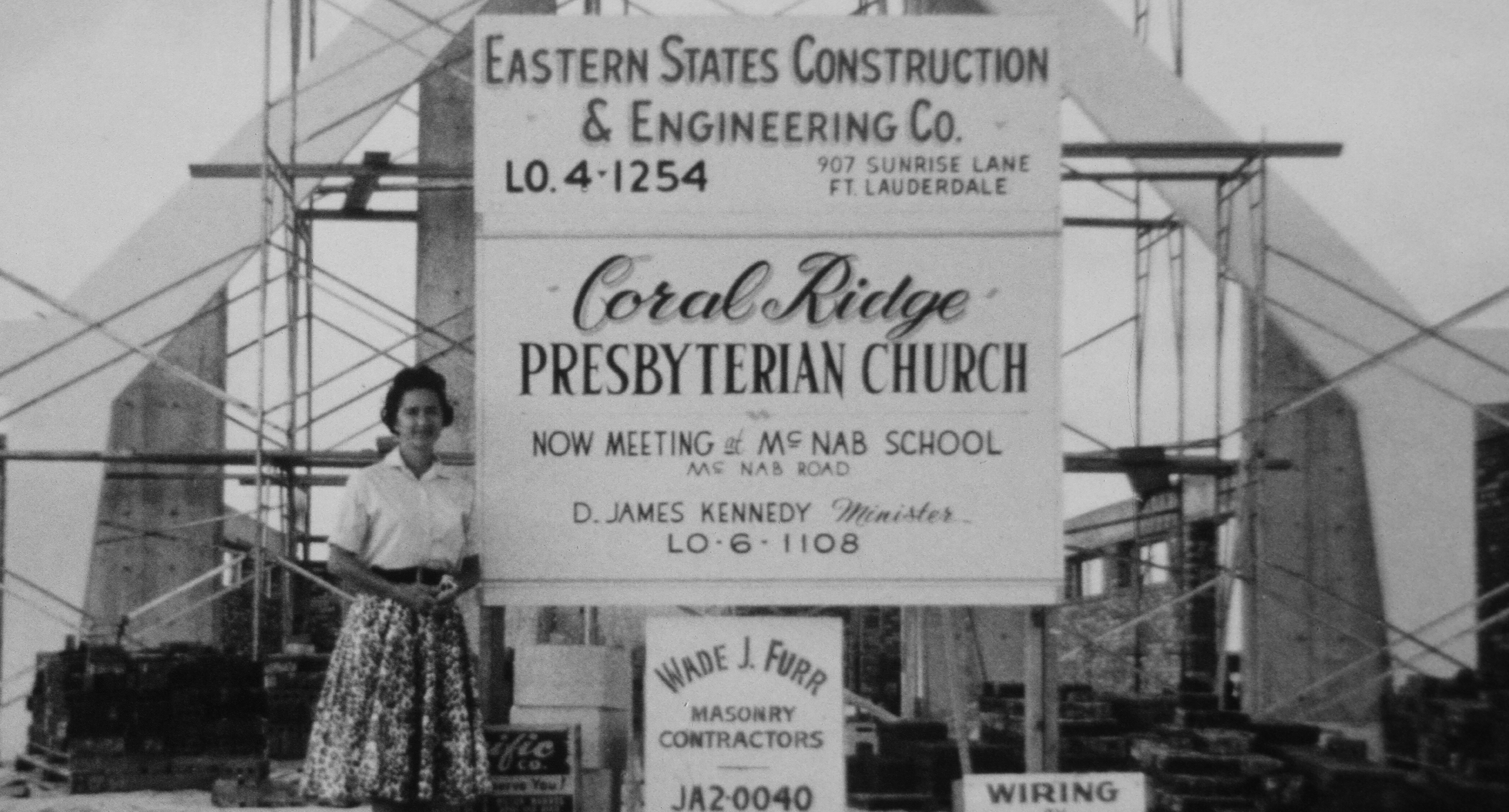 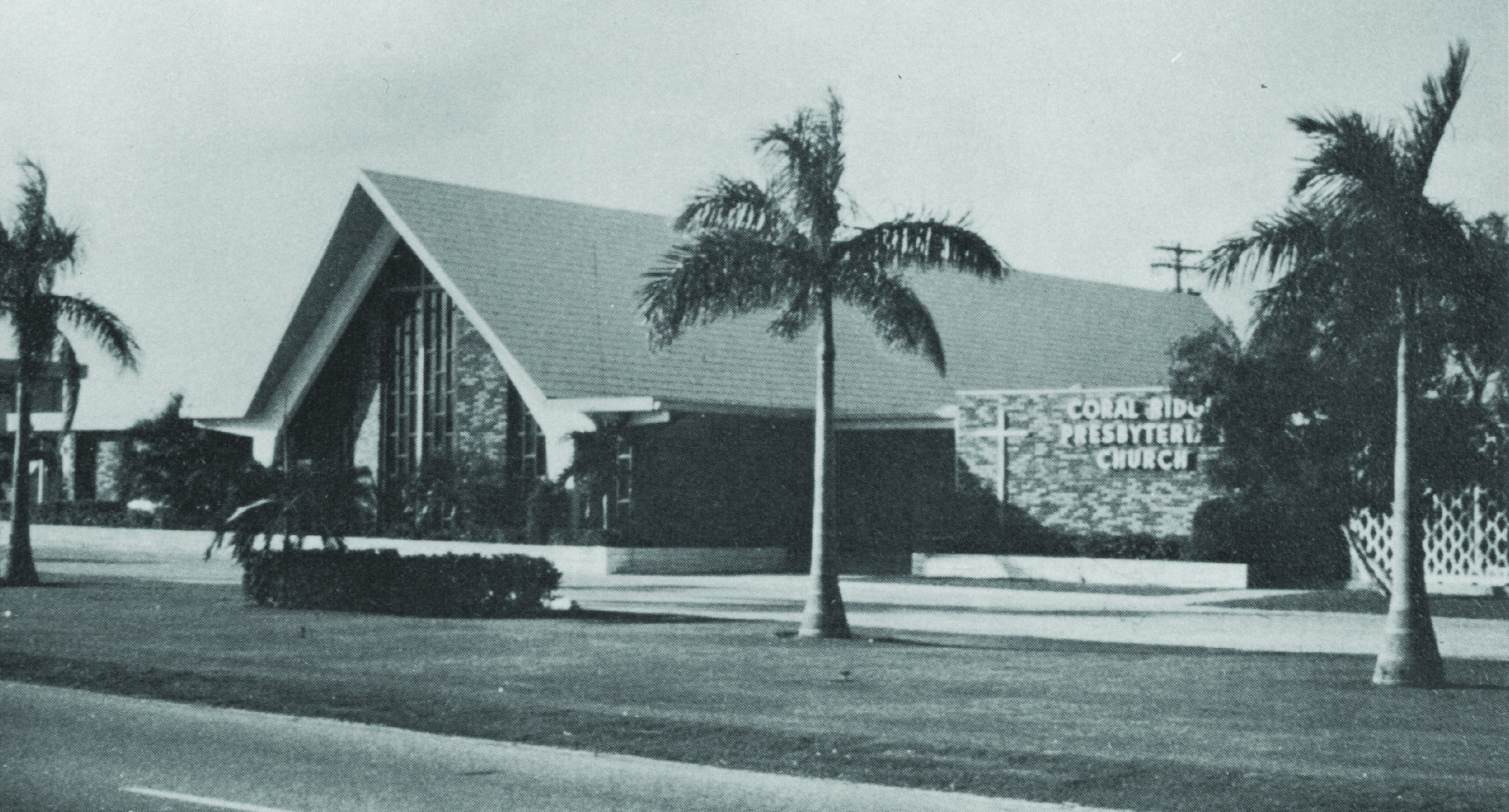 Coral Ridge soon became the fastest growing Presbyterian congregation in the country and would hold that title for the next 15 years. The spirit that prevailed in the church and among the members was infectious and their commitment to sharing the Gospel with the community had never been stronger. Worshipers often had to wait in lines as long as half an hour to gain admittance to a service. In mid-season, as many as five services became necessary to accommodate attendees. Others were turned away or gave up coming rather than cope with the crowds. In 1965, the city firehouse was purchased for administration, Sunday School, and a youth facility. In 1966, an annex was added to the Sanctuary, increasing the capacity from 500-800 persons. A Fellowship Hall was also added for an additional 300 worshippers, with closed circuit television for overflow crowds. 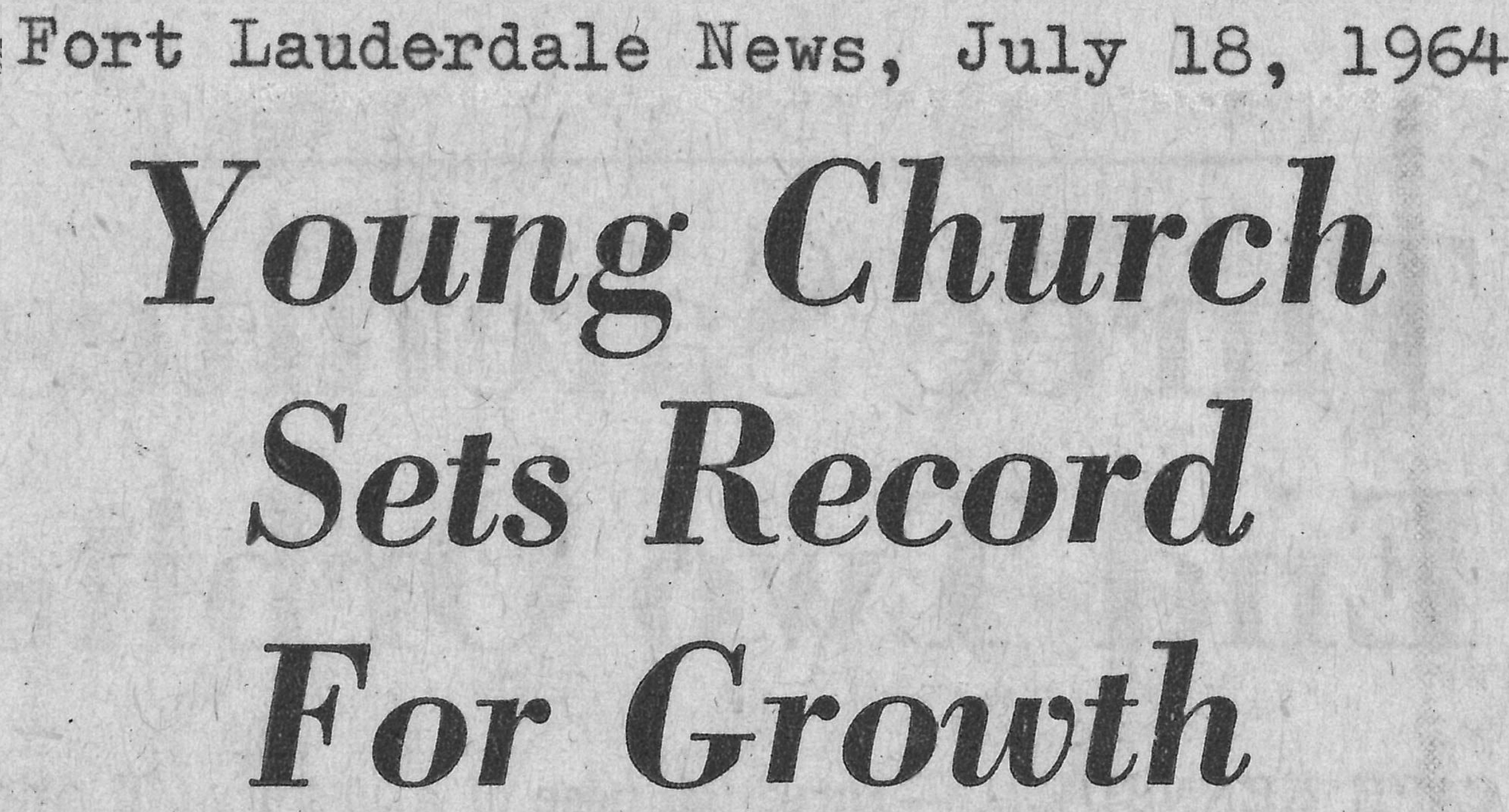 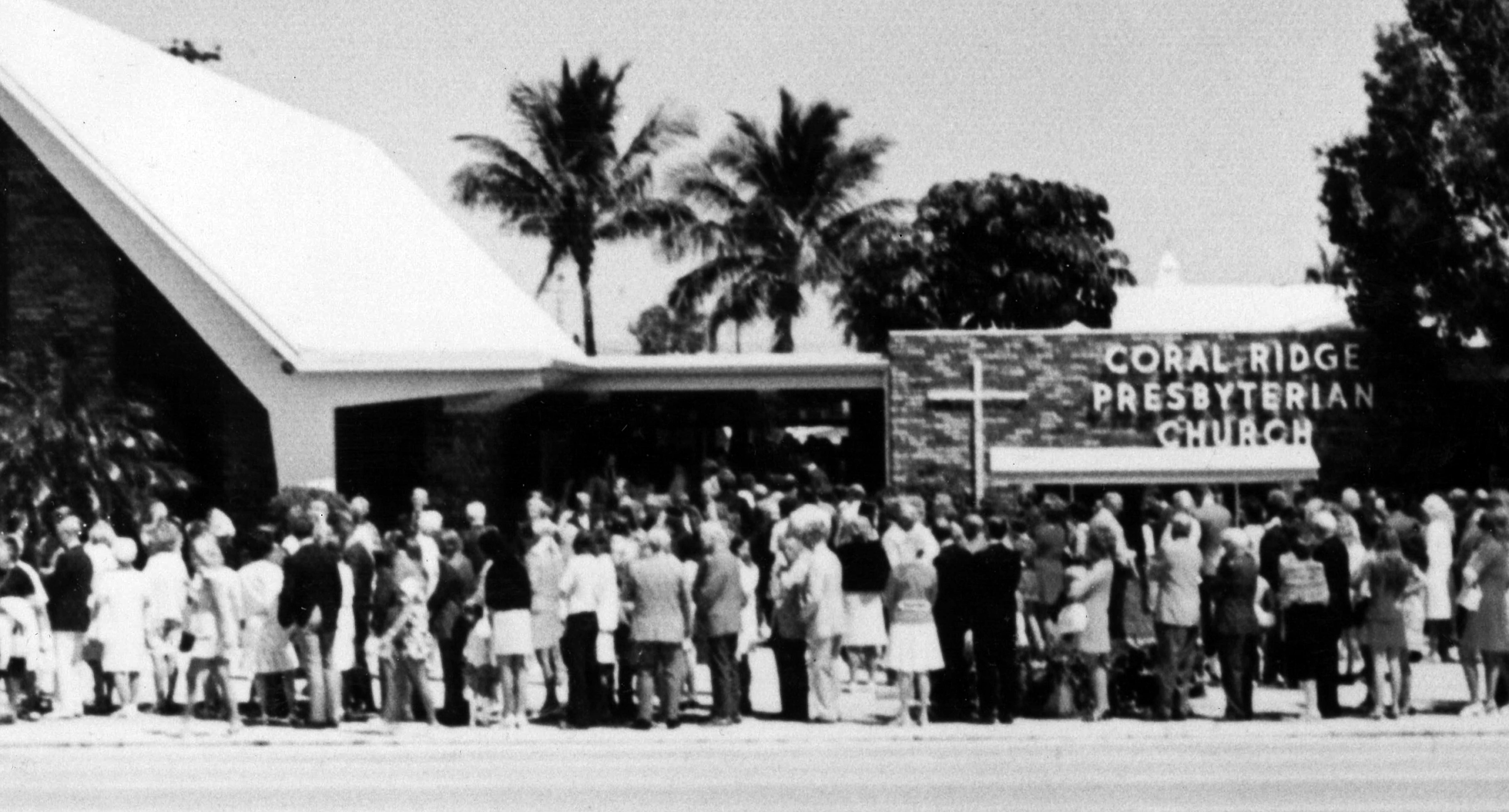 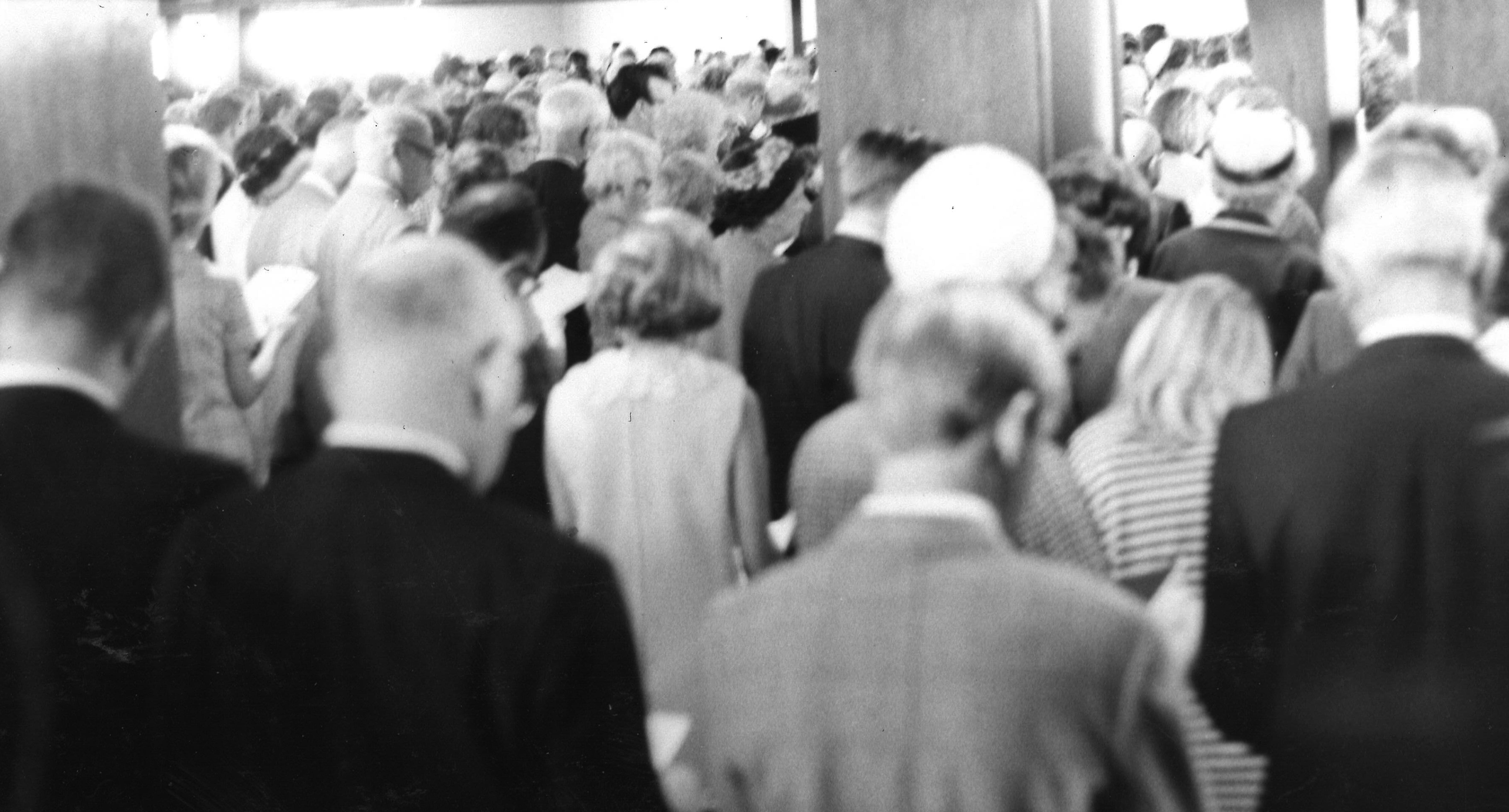 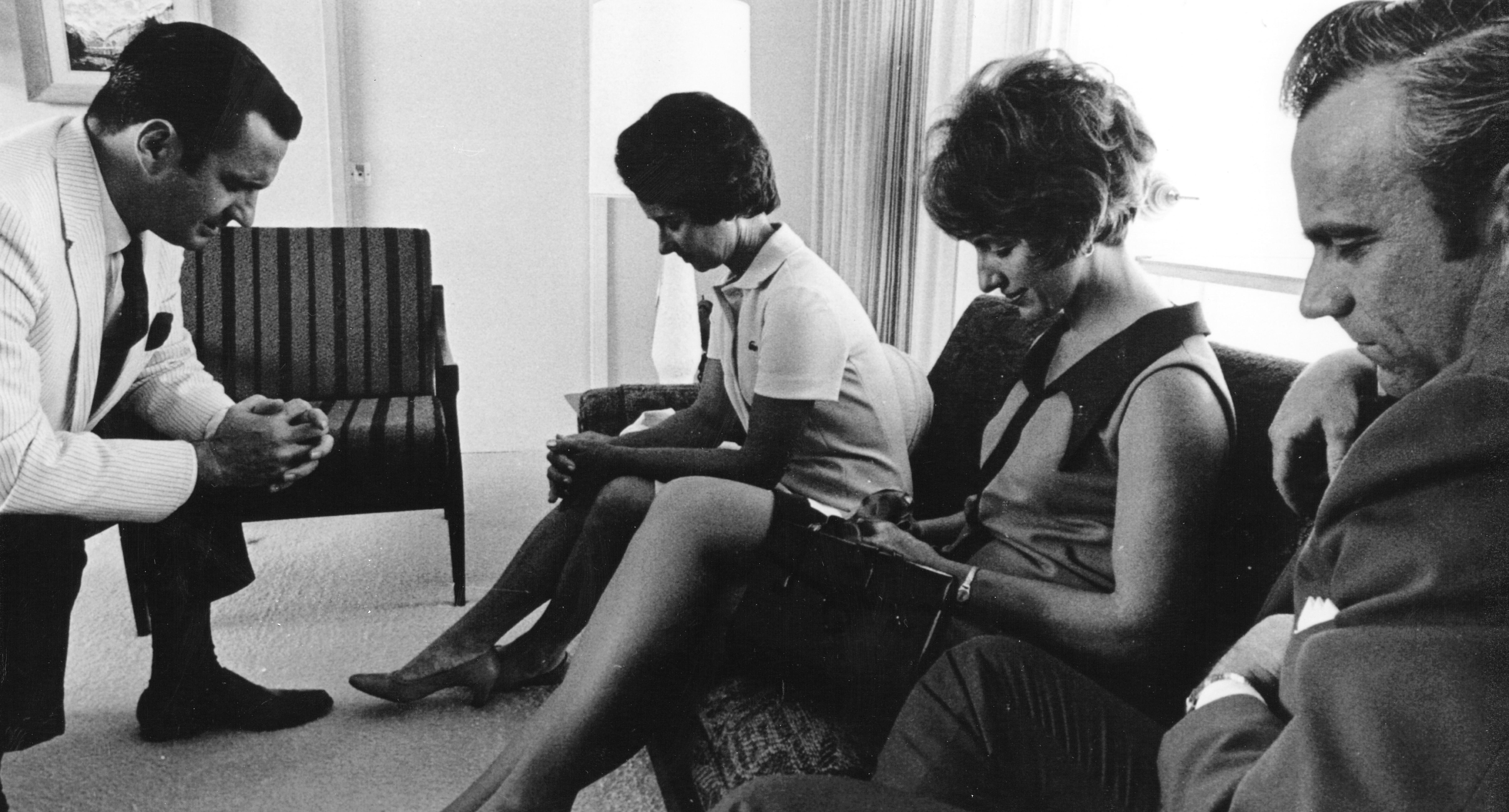